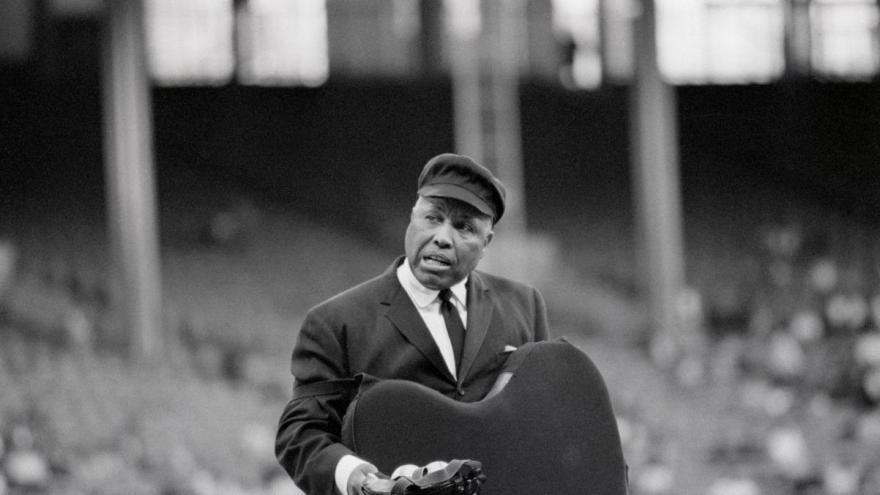 The MLB announced on Thursday it appointed Kerwin Danley as its first black umpire crew chief and Alfonso Marquez as its first Latino-born crew chief.

His resume includes umpiring for the 2008 and 2018 World Series and two All-Star Games, according to MLB. He played baseball during his college days at San Diego State and was named the First-Team All-American in 1983.

Marquez, 47, became the first-ever Mexican-born umpire to make it to the Major Leagues in 1999. Richie Garcia is the only other Hispanic crew chief, but he was born in the US.

Marquez has three World Series under his belt and joins the late Jim McKean, who came from Canada, as the only crew chiefs to have been born outside the US, MLB said.

The league also announced Thursday that Ramon De Jesus is the first native of the Dominican Republic to become a full time Major League umpire.

The 36 year old has been a Minor League umpire since 2009, but started working Major League Spring Training since 2016, according to MLB.

There have been about 10 black umpires to officiate major league games, according to the Associated Press, which first broke the news about Danley's appointment.

A number of African-Americans have also taken leadership positions in the MLB umpire staff, including Peter Woodfork, senior vice president of baseball operations and the late Chuck Meriwether, who became a supervisor after umpiring.

But none of their careers would have taken off without Emmett Ashford, who paved the way for diversity in umpiring.

Ashford first stepped onto a major league ball field on April 11, 1966, according to the National Baseball Hall of Fame.

As the first African-American umpire, Ashford described his major league debut as the "thrill of his life" and an "exhilarating" experience, but of course there were obstacles.

"I had trouble getting into the stadium," he said in an interview in 1977, according to the Hall of Fame.

The Secret Service were on surveillance because Vice President Hubert Humphrey was going to throw out the first ball. So when Ashford arrived at the field and said he was an umpire, the Secret Service said this: "There are no Negro umpires in the major leagues."

And Ashford simply responded, "Well there will be a Negro umpire in the American League if you will let me into the park."

"I feel proud having been an umpire in the big leagues not because I was the first black man but because major league umpires are a very select group of men," Ashford said in the interview. "But the greatest satisfaction I've gotten is the feeling of accomplishment in doing what I set out to do in the first place when they said it couldn't be done."

Ashford reached the American League's retirement age of 55 just three years after his debut, but his mark in history lives forever.