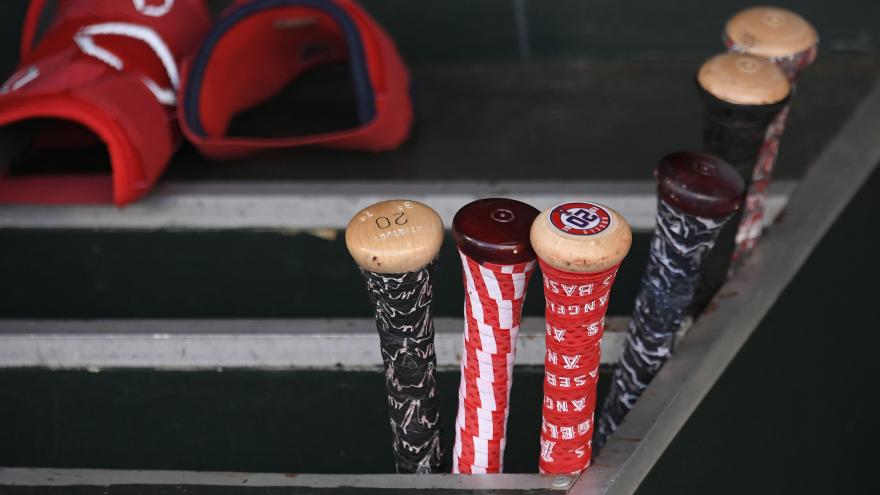 MLB's deadline to reach a new collective bargaining agreement (CBA), previously set for Monday, was extended to 5 p.m. ET Tuesday, according to MLB.com and other reports.

If a deal is not reached by then, the league has said it may cancel games and push back its scheduled Opening Day of March 31, shortening the typical 162-game season.

Both sides were at the negotiating table in Jupiter, Florida, for more than 16 hours on Monday which stretched into the early Tuesday morning hours, per MLB.com. The two sides met again later Tuesday.

MLB.com reports that "some progress was made" and "there is optimism that the two sides could be nearing an agreement" that would allow Opening Day to begin on time, preventing regular season games from being lost.

Without a new CBA, there will be no baseball. The CBA determines players' terms and conditions of employment.

The league has said players would need four weeks of Spring Training before the regular season could begin. The longer the lockout stretches, the more regular season games will be canceled.

The league locked out the players on December 2, preventing them from using team facilities and keeping free agents from signing new contracts. The work stoppage stems from disagreements over how to divide up an estimated $11 billion in annual revenue.

Owners say they have been battered by the decline of in-person attendance due to the Covid-19 pandemic, and they have pushed to sign a new CBA similar to the most recent one.

Players, meanwhile, have seen their salaries decline in recent years, particularly for non-star players. The union has pushed to change the league's restrictive rules around free agency and cut down on financial penalties for teams that spend heavily.

Spring Training and the exhibition games schedule have already been pushed back and canceled through March 7. Last month, MLB commissioner Rob Manfred said missing games would be a "disastrous outcome" for baseball.

CNN has reached out to MLB and MLBPA for comment.