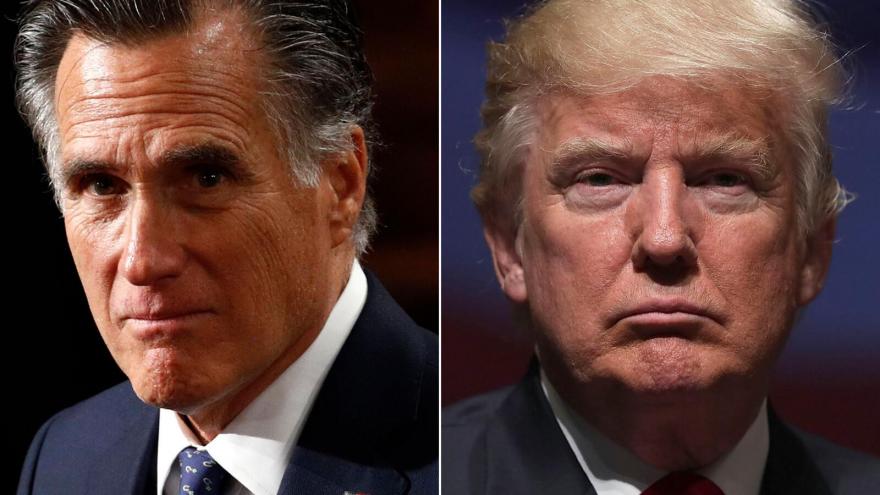 "I don't know of any evidence that voting by mail would increase voter fraud," the Utah Republican said during an online interview with the conservative think tank Sutherland Institute.

Romney's comments on vote by mail is the senator's latest dissent with the President's views, as he is often the lone GOP voice critical of Trump's actions.

The senator said that his "biggest concern" with voter fraud is potential hacking of US voting machines and systems, because fraudulent attempts using vote-by-mail can be prevented with physical ballots.

Romney argued that it's "essential" for the United States and the US President to "show that elections can be held in a free and fair manner."

"We should make every effort to assure that people who want to vote get the chance to vote, and that's more important even than the outcome of the vote. We have got to preserve the principle of democracy," he said.

Utah is one of nine states, as well as Washington, DC, that will be conducting a primarily vote-by-mail election in November. One of the most Republican states, Utah has used its universal mail-in voting system since 2012.

Trump has repeatedly claimed that wider mail-in voting would lead to voter fraud as more states look to expand access to mail-in voting amid the coronavirus pandemic. Studies have found voter fraud is rare in US elections, including in places where vote by mail is widespread.

The President has also argued that more mail ballots would hurt his reelection efforts, but nonpartisan experts say neither party automatically benefits from mail-in voting.

Trump has sought to undermine mail-in voting by pointing to New Jersey, whose attorney general charged four people with voting fraud connected to local elections in May.

In his discussion with Sutherland Institute on Friday, Romney was also critical of the Trump administration's coronavirus response, calling it "very, very disappointing" and saying that the US has not "distinguished ourselves in a positive way by how we responded to the crisis."

"From the outset, there was a tendency on the part of the administration to dismiss Covid-19 as a threat, not to consider how serious it could become, and there was not immediate action to, if you will, ring all the alarm bells," Romney said.