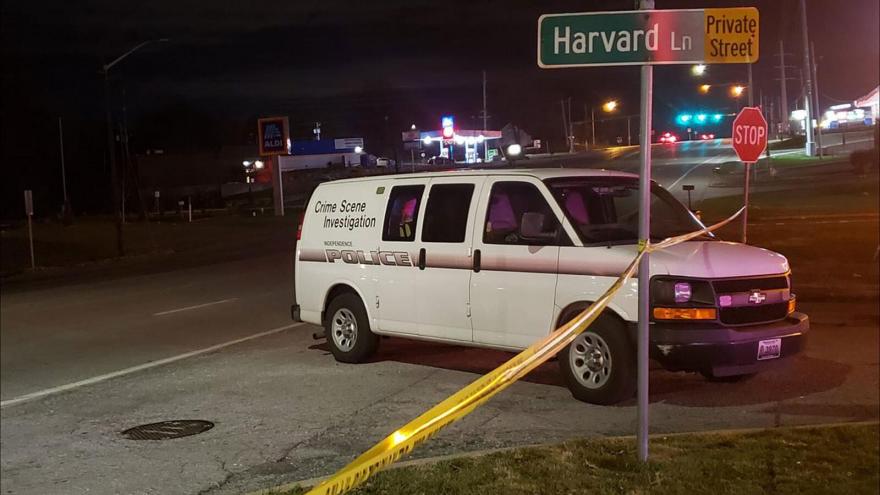 (CNN) -- A "rolling gun battle" between people in two vehicles might have left a 5-year-old girl shot and in the hospital Friday night, Missouri police say.

Officers investigated reports of shots fired about 7:50 p.m., the Independence Police Department said in a statement.

Around the same time, the Kansas City Police Department said a child had been shot and dropped off at a nearby Walmart.

"The found victim is believed to have been in one of the involved vehicles when she was shot. She was transported to an area hospital and is being treated at this time," the statement says.

Syme said she was in stable condition.

At least 30 shell casings were found nearby, he said. Police were searching for those involved, he said.

Affiliate KSHB reported that surveillance video from the restaurant shows two vehicles, a car and an SUV, firing on a highway and pulling into the parking lot. At least three vehicles in the lot were struck. No one in the restaurant was injured, the station reported.