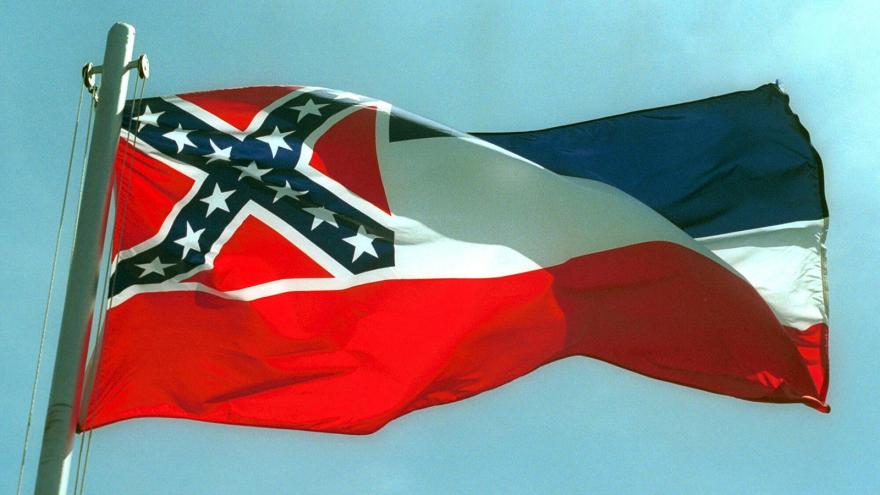 The Mississippi state House of Representatives on Sunday passed a bill to change the state's flag.

(CNN) -- The Mississippi state legislature on Sunday passed a bill to remove the Confederate emblem from their flag in a historic referendum on the only remaining state flag to feature the Confederate insignia.

The bill will now go to Mississippi Gov. Tate Reeves, a Republican, who has said he would sign it into law. Renae Eze, a spokesperson for Reeves, told CNN Monday "once the Legislature sends the final bill to his desk and he's had the opportunity to review it, Governor Reeves will sign the bill in the coming days."

The legislation -- which cleared the state House in a 91-23 vote and the state Senate with a 37-14 vote -- comes as Mississippi lawmakers have been weighing a change to their flag for weeks amid ongoing racial justice protests across the country. The flag, first adopted in 1894, has red, white and blue stripes with the Confederate battle emblem in the corner.

The bill establishes a commission to develop a new flag design without the Confederate emblem that includes the phrase "In God, We Trust." Mississippi state voters would then vote on the new design this November.

"I thank those who came before us, who with courage and resolve nurtured the Civil Rights Movement that helped bring us to this day," he tweeted. "What a beautiful moment of unity."

That message was echoed by Democratic state Rep. Zakiya Summers, who tweeted, "I just through the deuces to the state flag that's at the entrance of the house chamber!"

"Finally, Mississippi decided to be one of the 50 states, and not the one state standing alone still bearing the emblem of a segregated society," he said.

Sunday's vote came after the Mississippi House and Senate passed a resolution on Saturday to begin the process of changing the flag.

Following those votes, Jefferson Davis' great-great-grandson, Bertram Hayes-Davis, agreed with the potential change of the Mississippi flag, saying that the "battle flag has been hijacked" and "does not represent the entire population of Mississippi."

"It is historic and heritage-related, there are a lot of people who look at it that way, and God bless them for that heritage. So put it in a museum and honor it there or put it in your house, but the flag of Mississippi should represent the entire population, and I am thrilled that we're finally going to make that change," Hayes-Davis told CNN's Ana Cabrera on "Newsroom" Saturday.

In recent weeks, the death of George Floyd has led to the removal -- by protesters in some cases and city leaders in others -- of contentious statues and Confederate symbols that have upset some residents for decades, if not longer.

Floyd, a 46-year-old Black man, died on May 25 in Minneapolis. While being arrested, Floyd was held down by a Minneapolis police officer's knee for more than eight minutes.

He was pronounced dead shortly afterward. His death, which was captured on video, has sparked widespread protests across the US, with people calling for an end to police brutality against people of color.

This story has been updated with additional reaction from Mississippi legislators and the president of the NAACP.