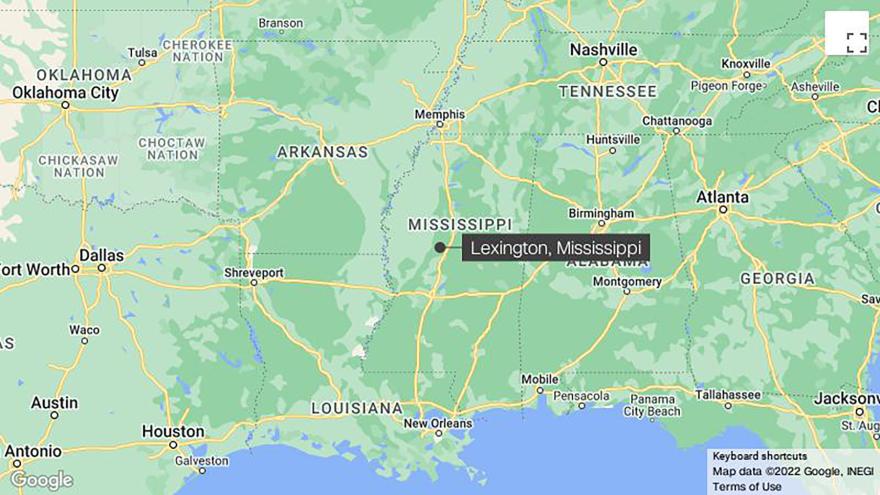 Editor's note: This story contains language that some readers may find offensive.

(CNN) -- The White police chief of a predominantly Black town in Mississippi was terminated this week after audio surfaced, allegedly of him using racist and homophobic slurs, telling one of his officers he wouldn't care if the officer "killed a m*therf**ker in cold blood," and that he himself had killed 13 people.

The officer, Robert Hooker, says he recorded the nearly 17-minute clip during a conversation he had in April with Lexington's now former police chief Sam Dobbins.

CNN obtained the recording from the Mississippi Freedom Democratic Party, which said it obtained the clip from Hooker.

CNN has reached out to Dobbins multiple times for comment, including leaving several messages at his office and voice mails on his personal cellphone, but has not heard back.

Dobbins told the Mississippi Center for Investigative Reporting, which first reported the story, he was unaware of a recording, denied using slurs, saying "I don't talk like that," and declined to comment on the alleged shootings.

Sheriff Willie March of the Holmes County Sheriff's Office, located in Lexington, Mississippi, told CNN there was "no doubt in our minds that it's Mr. Dobbins" voice on the recording. March spoke to CNN Tuesday, after he said he met with Lexington's mayor and the town's attorney about the clip and what action they would take. The town's attorney, Katherine Barrett, told CNN Dobbins was fired on Wednesday.

CNN called the Mayor of Lexington and left a message with her secretary.

"You're going to get in some sh*t in the streets, and there's only going to be one man fighting for you, and it's going to be me, OK? Don't ever ruin that, all right, because these other n***ers, they'll leave you dry. I don't give a f**k if you kill a m*therf**ker in cold blood... I will articulate to fix the f**king problem, and I'm the only man in the business here that's smart enough to do it," Dobbins can be heard telling Hooker.

The police chief also bragged in the clip about killing people throughout his career.

"I have shot and killed, in the line of duty, 13 different people," Dobbins said.

When questioned about it by Hooker, Dobbins responds, "Yes, sir, justified, bro. Ask around."

Dobbins can be heard claiming he chased the man across a field and shot him 119 times.

CNN reached out to Dobbins' former department at the Humphrey County, Mississippi Sheriff's Office to corroborate Dobbins' claim about the alleged shootings, but was unable to reach anyone for comment.

Hooker, who is Black, is a 20-year veteran of law enforcement, who worked for Lexington's police department for four and a half months, and has since resigned, he said.

Hooker said he was initially called to speak with Dobbins for an apology, after Dobbins told him to "shut the f**k up and listen" during a prior meeting regarding a police case.

Hooker said he believes Dobbins knew he was being recorded, adding he recorded it on his phone, which was in plain sight of Dobbins.

When asked by CNN what he would say to Dobbins now, he said, "I was appalled and hurt with the words you used. I have heard rougher words, but not from my leader."

He added, "Chief, had you come in with a different type of attitude, you were probably what Lexington needed. But trying to get your officers to be just as hard as you are ... I had to turn in my badge. I don't believe in doing things this way."

Sheriff surprised by language in recording

March said he has not spoken to Dobbins about the clip.

"I don't believe someone like that should be a police chief," March said about Dobbins earlier this week, adding that he was "very surprised" to hear the chief use the racist and disparaging language.

"Personally, I've never heard him use those kinds of statements, use the N-word. Some people have said he uses that language, but I have never heard it," March said.

Dobbins was appointed the police chief in July 2021 by the town's board.

"[I]n this overwhelmingly Black town, the mayor is white. The police chief is white. The judge is white. The town is run by a powerful white family, and the police, led by Chief Sam Dobbins, are targeting, harassing, and assaulting Black citizens," JULIAN, the civil and human rights organization which leaked the audio, said in a statement to CNN. According to CNN affiliate WLBT, Lexington residents have called for city leaders to hold police accountable for their alleged actions.

Located in Holmes County, Lexington has approximately 1,576 people, according to 2020 census data, of which 86% are Black.

"This recording proves that the oppressors no longer wear white sheets, but they wear law enforcement uniforms," Cardell Wright, who is also JULIAN's paralegal, said in a statement.

"Listening to this further validates what the community has been highlighting since Dobbins was hired. The remarks he made are appalling, racist, hateful, and detrimental to the welfare of the people."