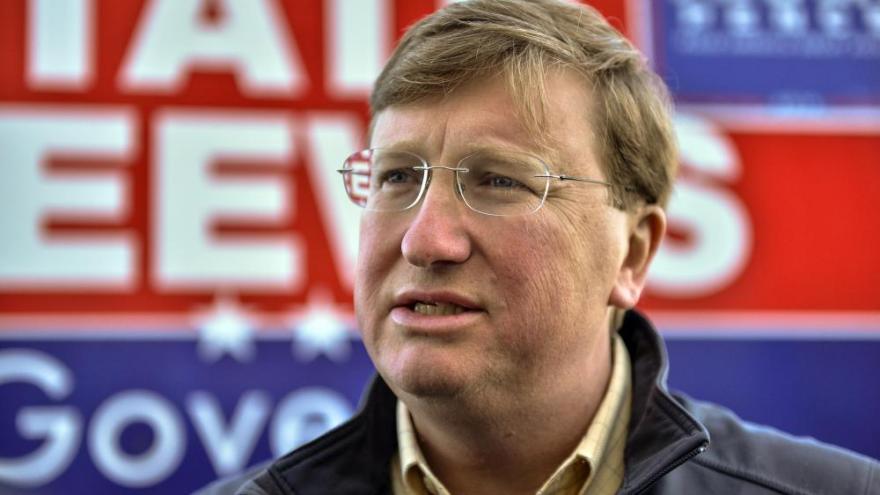 (CNN) -- Transgender athletes in Mississippi's public schools and colleges will no longer be allowed to compete in women's sports after the state's Republican governor on Thursday signed the first statewide anti-trans law of 2021.

SB 2536 is the first anti-trans legislation to be approved by a governor this year, with similar bills percolating in statehouses across the country and one such bill currently before South Dakota's Republican governor. Advocates of the bills have argued that trans women have a physical advantage over cisgender women in sports, while critics contend that they're discriminatory, including the Human Rights Campaign, the nation's largest LGBTQ rights group.

"This important piece of legislation will ensure that young girls in Mississippi have a fair, level playing field in public schools," Mississippi Gov. Tate Reeves said at a signing event on Thursday.

The law, which prohibits transgender athletes from competing on women's sports teams in the state's high schools and universities, passed the Mississippi House last week by a vote of 81-28. The state's Senate approved the measure last month by a vote of 34-9.

The bill states that women's and girls' sports will not be "open to students of the male sex," but the law does not explain how students' sex will be determined for the purposes of the law, or how challenges to any individual's participation will be resolved.

Reeves believes the act will send a positive message to cisgender women athletes in the state.

"It sends a clear message to my daughters, and all of Mississippi's daughters, that their rights are worth fighting for," he said, in spite of the fact that trans women athletes in the state are also daughters and are precisely the ones whose rights are being targeted by the new law.

Alphonso David, Human Rights Campaign's president, said in a statement that "Reeves' eagerness to become the face of the latest anti-transgender push is appalling."

David called the law "a solution in search of a problem," saying lawmakers in Mississippi have not "provided any examples of Missisippi transgender athletes gaming the system for a competitive advantage because none exist."

Chase Strangio, the American Civil Liberties Union deputy director for trans justice with the group's LGBTQ and HIV Project, likened the issue to the debate about so-called bathroom bills a few years back, when Republican lawmakers around the country pushed to restrict trans students from using the bathrooms that correspond to their gender identities.

"Just like it was never about restrooms, this bill is not about sports. It's about pushing trans people out of public life," he said in a statement.

A bill that would similarly ban transgender athletes from participating in women's sports in South Dakota has made its way to the desk of Republican Gov. Kristi Noem, who said earlier this week that she's "excited to sign" the legislation.

Noem said during a news conference on Thursday that South Dakota's bill "isn't about transgender -- it's about girls' fairness in girls' sports."

Noem said the legislation would be based on a person's birth certificate and that she didn't want to "weigh in on what each individual school district may decide and what the court system process would be."

Despite her comments earlier this week, Noem said on Thursday that she is still evaluating whether the proposed law would be an appropriate role of government.

"We are still examining the bill -- getting ready to make decisions on it," she said.

The Human Rights Campaign has also taken aim at Noem for her support of that state's bill, saying on Twitter earlier this week that "trans girls and their families are your constituents."

"You are using your power to exclude kids and make them feel less than, and that is nothing to be proud of," the group said in a tweet.