Mississippi GOP governor pushes back on vaccine passports: 'I don't think it's a good thing to do in America' 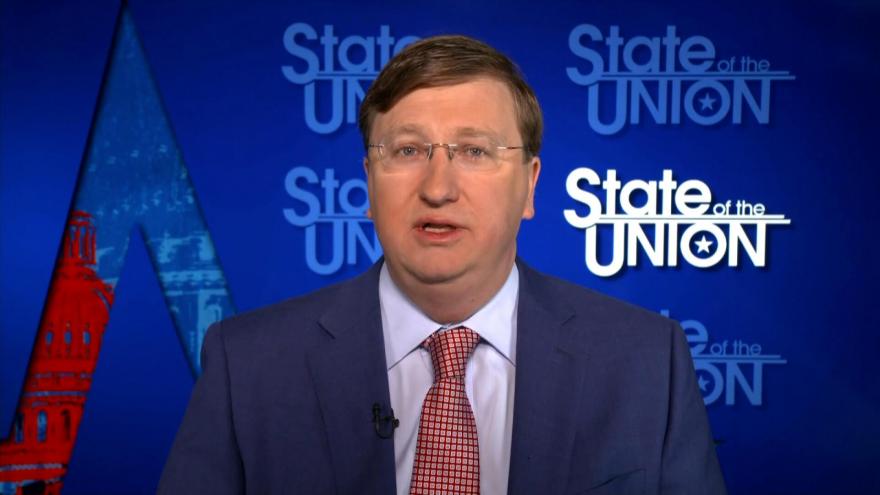 Mississippi's Republican governor said Sunday that he doesn't support the potential use of so-called Covid-19 vaccine passports in his state, calling the credentials that could be key to a return to normalcy by the end of the year unnecessary.

(CNN) -- Mississippi's Republican governor said Sunday that he doesn't support the potential use of so-called Covid-19 vaccine passports in his state, calling the credentials that could be key to a return to normalcy by the end of the year unnecessary.

Though the governor didn't explain why he opposes the use of vaccine passports in Mississippi, he went on to tout the vaccination rate among seniors in his state, and added that "at some point we have to let Americans make the decision that they think is best for them and their family."

Vaccine passports are shaping up to be a point of debate in a pandemic that has already seen governors split on topics of mask mandates and state lockdowns. While some officials have been working on standards for such passports, some groups, including the American Civil Liberties Union, have raised privacy concerns as more and more Americans get vaccinated and states continue to roll back restrictions.

The Biden administration has been working with non-profits and tech firms to develop standards for people to prove they've gotten the vaccine, according to at least two administration officials, but White House press secretary Jen Psaki said last week that there will be no federal mandate that would require every American to get a vaccine credential.

Still, some Republican governors have already moved to object to such passports.

Republican Gov. Ron DeSantis of Florida on Friday signed an executive order banning the use of Covid-19 passports in the state, citing freedom and privacy concerns. The order from DeSantis prohibits any government entity from issuing vaccine passports and blocks businesses from requiring any such documentation.

"It's completely unacceptable for either the government or the private sector to impose upon you the requirement that you show proof of vaccine to just simply be able to participate in normal society," DeSantis said last week ahead of his order.