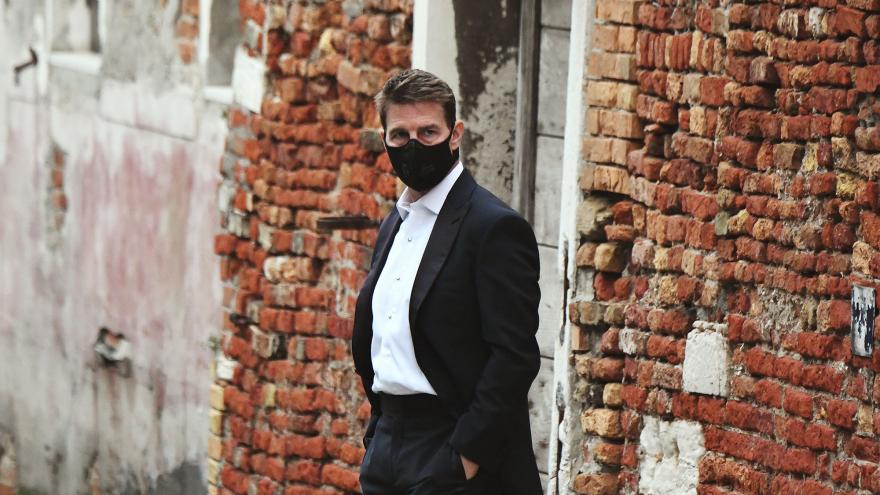 (CNN) -- Months after its star Tom Cruise was reportedly recorded reprimanding crew members for violating social distancing protocols, production for "Mission: Impossible 7" has been shut down because of a positive Covid test.

Paramount, which is producing the latest film in the Cruise franchise, did not reveal who on the production had tested positive in a statement the studio provided to CNN.

"We have temporarily halted production on Mission: Impossible 7 until June 14th, due to positive coronavirus test results during routine testing," the statement read. "We are following all safety protocols and will continue to monitor the situation."

Filming in Italy had initially been suspended in February 2020 because of the pandemic and then resumed in October.

In December, British newspaper The Sun obtained and published audio tapes that allegedly feature Cruise chiding two crew members who were reportedly standing within six feet of each other.

"We are the gold standard," Cruise can be heard saying in the audio recording The Sun reported as being him. "They're back there in Hollywood making movies right now because of us! Because they believe in us and what we're doing."

The film has been scheduled for a May 2022 release.