Mischievous kitten revealed an undiscovered mural after scratching up wallpaper 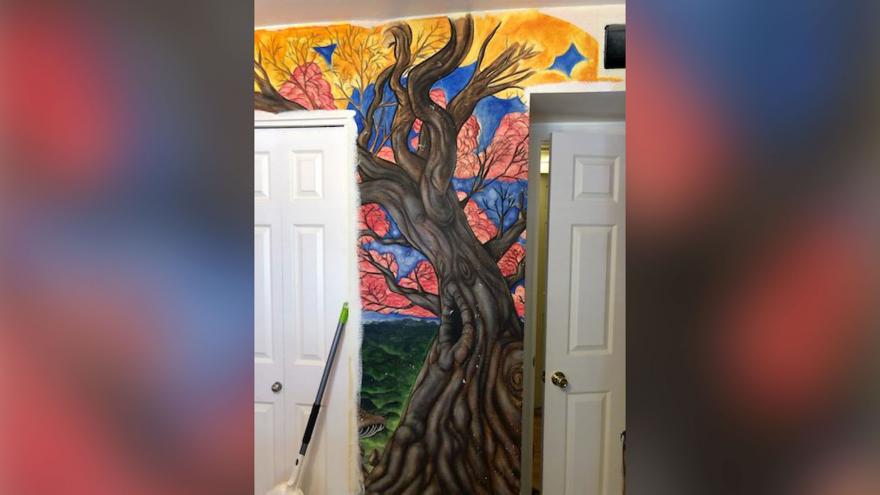 (CNN) -- Ceejae Jackman doesn't know why her kitten, Zipper, started scratching up the wall in her spare bedroom.

But she was pleasantly surprised by what she found underneath the wallpaper after Zipper tore through it.

As Jackman pulled away pieces of the wallpaper, she uncovered an elaborate mural that covers the entire room.

"I was just amazed at the scope of it," Jackman, who lives in Casa Grande, Arizona, told CNN.

One wall features a Buddha statue, soaking in some sort of tub with mountains and orangey red puffy clouds in the background. Its head is in one corner, and its stone feet are sticking out of the water on the on the other side of the room.

Another wall features a field filled with pagodas and purple clouds swirling in the sky.

When she learned of the mural's existence, Jackman sent pictures to her son -- who lives 15 minutes away from her -- and asked him to come help her continue removing the wallpaper.

"I was too curious as to what the rest of the mural looked like and couldn't let her have all the fun," Garret Jackman told CNN.

It took them about a week to peel away the wallpaper, and they finished uncovering the masterpiece on Saturday.

"I would say it's like Shangri-La," Garret Jackman said. "It's definitely Hindu inspired. I think that's a giant Buddha statue in the water. Very serene though."

Although Zipper jump-started the project, he wasn't much help during the rest of the wallpaper removal process.

"He is a very zany and energetic kitten still," Garret Jackman said of his mom's pet. "Very playful, and only a little destructive. He was just sitting in the room watching us all remove the wallpaper on Saturday. It was pretty funny."

Garret Jackman said his mom has only lived in the house for about two years, so they have no ideal who painted the mural. He said he posted it on Facebook in hopes that someone who knows the artist would see it.

Ceejae Jackman plans to keep the mural, and said she's glad that whoever put up the wallpaper didn't decide to paint over it instead. Friends have suggested she get a black light to see if the paint will glow.

"That would make it even cooler," she said.

She thought the room was perfectly fine before the mural, but she's happy about the new look. 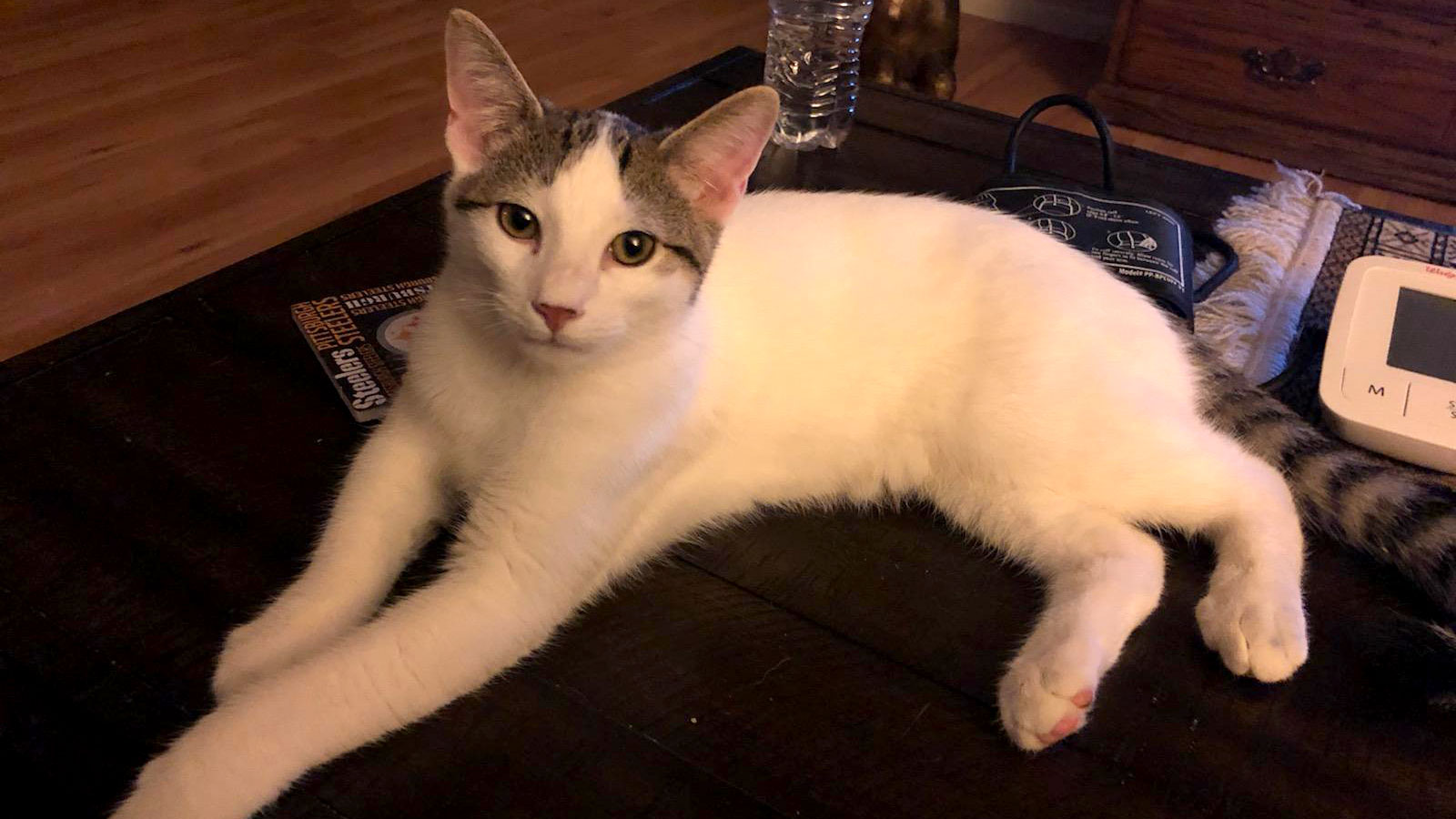