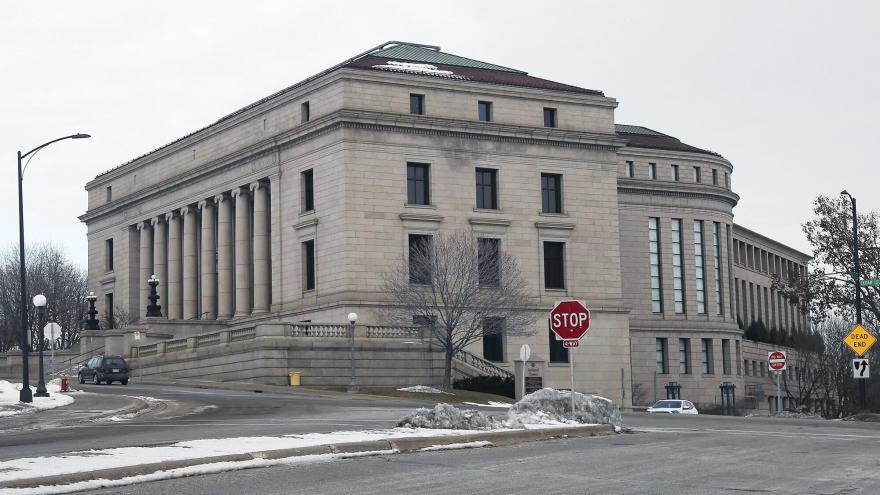 The Minnesota State Supreme Court said the alleged attacker could not be guilty of the charge he was convicted on because the woman did not fit the state's legal description of being mentally incapacitated.

(CNN) -- The Minnesota Supreme Court overturned a felony rape conviction in a ruling last week because the woman was intoxicated by her own will during the alleged assault.

Though advocates say the ruling comes as no surprise, it underscored a need to change the current Minnesota law that governs rape charges when alcohol is involved.

Minnesota law criminalizes as "criminal sexual conduct in the third degree" sexual penetration by a person who "knows or has reason to know that the complainant is ... mentally incapacitated." The state statute currently defines "mentally incapacitated" as meaning "that a person under the influence of alcohol, a narcotic, anesthetic, or any other substance, administered to that person without the person's agreement, lacks the judgment to give a reasoned consent to sexual contact or sexual penetration."

Interpreting the statute, the Minnesota Supreme Court ruled, "The legislative definition of 'mentally incapacitated,' as set forth in (the law), does not include a person who is voluntarily intoxicated by alcohol."

"We hold that a person is mentally incapacitated under the definition adopted by the Legislature ... when that person is 'under the influence of alcohol ... administered to that person without the person's agreement,'" the Supreme Court decision said. "Consequently, we reverse the decision of the court of appeals and remand to the district court for a new trial."

Lindsay Brice, the Law and Policy Director for the Minnesota Coalition Against Sexual Assault, said she was not surprised by the court's opinion and said that it was "a known statutory problem" her group has been working on for years.

Brice said "most of us expected" this outcome.

"The opinion itself is not surprising at all -- it simply reflects the need for change at the legislature," she added.

According to the decision, the victim consumed approximately five shots of vodka and a prescription narcotic pill before going to a bar in Minneapolis in May 2017. After being denied access to the bar because of her intoxication, the victim met Francios Momolu Khalil, the ruling says.

The victim traveled to a house with Khalil where she passed out and woke up to Khalil penetrating her, according to the court's recounting of the victim's testimony.

Khalil was originally charged with one count of criminal sexual conduct in the third degree involving a mentally impaired or physically helpless complainant, for which he was found guilty, according to court records from the original case. Khalil was also charged with, but acquitted of, three other sexual assault felony charges, according to the same records.

Prosecutors declined to charge Khalil with fifth-degree criminal sexual conduct, which criminalizes nonconsensual sexual contact, according to the Supreme Court ruling. That charge would have been a gross misdemeanor instead of a felony on a first offense.

Khalil's defense attorney in the initial criminal case, Will Walker, told CNN they appealed the case because "the trial judge made several missteps during the course of the trial." Furthermore, Walker said they took exception with the process of evidence discovery and jury instructions.

Ultimately, the Supreme Court said Khalil could not be guilty of the sole charge he was convicted on because the woman did not fit the state's legal description of being mentally incapacitated. This effectively overturned his conviction.

Walker told CNN that Khalil was released Tuesday morning. He had been in custody for more than a year, Walker said.

Walker said his client maintains his innocence and says the encounter was consensual. The Supreme Court's ruling did not touch on this question.

"Regret is not rape," Walker wrote in an email to CNN.

"This was a case where the woman voluntarily drank of her own volition and my client played no part in that. He never met her while they were drinking," Walker said.

It is unclear whether Khalil will be retried over this incident.

Consensus on the problem, but not how to fix it

Walker said it will be up to the prosecutor to decide whether to pursue charges. A spokesperson for the Hennepin County Attorney's Office would not say whether they would pursue charges.

"We understand the court's decision and we are working with the Minnesota legislature to change the wording in the law to overcome the court's objections," Chuck Laszewski told CNN.

Brice said that, overall, she doesn't believe the decision will have significant impacts on how rape is currently being prosecuted in the state.

"I think that most prosecutors were already sort of understanding the statute that way and this just confirmed it for us," she said.

Brice noted there are currently two similar bills in the state's legislature that seek to address this issue with the law.

She said part of the reason the law has remained unchanged for so long is because there wasn't "consensus on exactly how to fix this problem."

"The fact that there was a problem -- there was absolutely bipartisan consensus on that," she said.