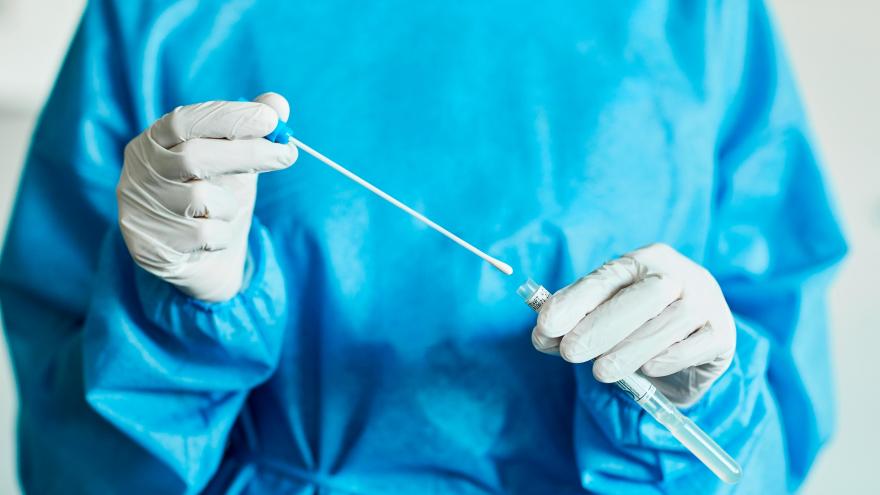 The lawsuit, filed Wednesday by Keith Ellison in Hennepin County district court, says the Minnesota Department of Health got complaints after people were tested for Covid-19 at pop-up testing sites around the state operated by Center for Covid Control (CCC).

Some people reported getting their test results much later than the time promised, and some reported never receiving the results of their rapid antigen tests or PCR tests, according to the lawsuit. The defendants began offering pop-up Covid-19 testing sites in Minnesota late last fall, it states.

In other cases, people reported receiving results that were "riddled with inaccurate and false information including listing the wrong test type and false dates and times for when samples were collected from consumers," while other people got negative Covid-19 test results when they hadn't even submitted samples to be tested, the lawsuit states.

Many Americans have struggled to get Covid-19 rapid antigen tests, either because they're sold out at stores or because they can't afford to get multiple tests for family members. And some PCR testing sites have had to suspend operations due to infections among staff, inclement weather or excessive demand.

CCC announced last week it would pause operations from January 14 to 22 because "unusually high patient demand has stressed staffing resources, as has been widely reported, in a subset of our locations, affecting our usual customer service standards and diagnostic goals."

"Center for Covid Control is committed to serving our patients in the safest, most accurate and most compliant manner," CCC founder and CEO Aleya Siyaj said in the announcement. "Regrettably, due to our rapid growth and the unprecedented recent demand for testing, we haven't been able to meet all our commitments.

CNN has reached out to the two Illinois-based companies, Center for Covid Control and Doctors Clinical Laboratory, for comment about the lawsuit.

The suit also claims they violated state consumer protection laws, including instructing their employees to tell people who called about late test results that the results were coming in 24 hours -- "even if the employees had no idea where the sample was or if the lab" -- and to "falsely tell consumers that the test result had been inconclusive and that they needed to take another test," if they called multiple times.