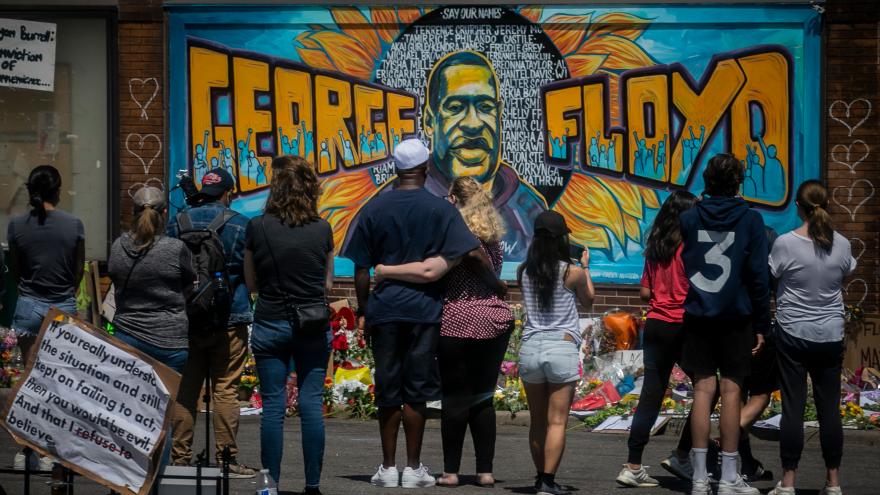 "George Floyd's horrific death, witnessed by millions of people around the world, unleashed a deep longing and undeniable demand for justice and change," Ben Crump, an attorney for Floyd's family, said in a statement. "That the largest pre-trial settlement in a wrongful death case ever would be for the life of a Black man sends a powerful message that Black lives do matter and police brutality against people of color must end."

The news comes as jury selection is underway for the trial of Derek Chauvin, a former Minneapolis police officer accused of killing Floyd, a 46-year-old Black man, in May 2020 by kneeling on his neck for almost eight minutes.

Floyd's final words included "I can't breathe," and his last moments alive were recorded on video. His death led to widespread protests against police brutality and racism under the banner Black Lives Matter as well as incidents of unrest and looting.

George Floyd's sister, Bridgett Floyd, said Friday that the family is "pleased that this part of our tragic journey to justice for my brother George is resolved."

Mayor Jacob Frey tweeted "The past year has dramatically shifted our city's trajectory, and today marks another milestone in shaping a more just future for Minneapolis. Our settlement with George Floyd's family reflects a shared commitment to advancing racial justice and a sustained push for progress."

In July, Floyd's family filed a federal civil rights lawsuit against the city of Minneapolis and the four former officers involved in his death.

The lawsuit said the city fostered a culture of excessive force and impunity within the police force and failed to terminate dangerous officers.