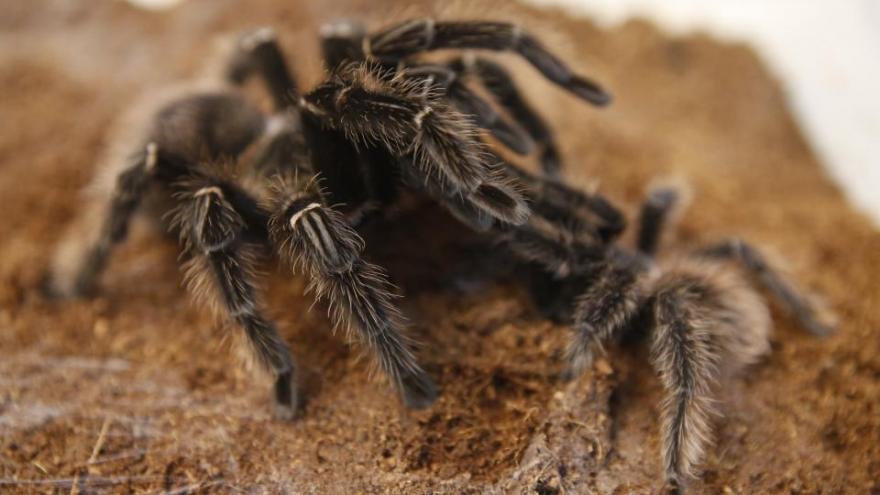 MILWAUKEE (AP) — Milwaukee's natural history museum is hoping its new live spiders exhibit can educate visitors instead of scaring them away.

The Milwaukee Public Museum is hosting the Spiders Alive! exhibit from Oct. 5 through January 2020. The exhibit features 17 species of live arachnids from around that world, including tarantulas, Black Widows, Brown Recluses and Wolf Spiders. It also includes some relatives of spiders, including scorpions.

The exhibit's on-site curator, Jon Bertolas, says he guarantees that visitors will leave with a greater appreciation of spiders.

Visitor Sandra Romanshek says she decided to check out the exhibit because spiders are important for the environment, even though she thinks they are creepy crawlers.

The American Museum of Natural History in New York City initially put on the exhibit.