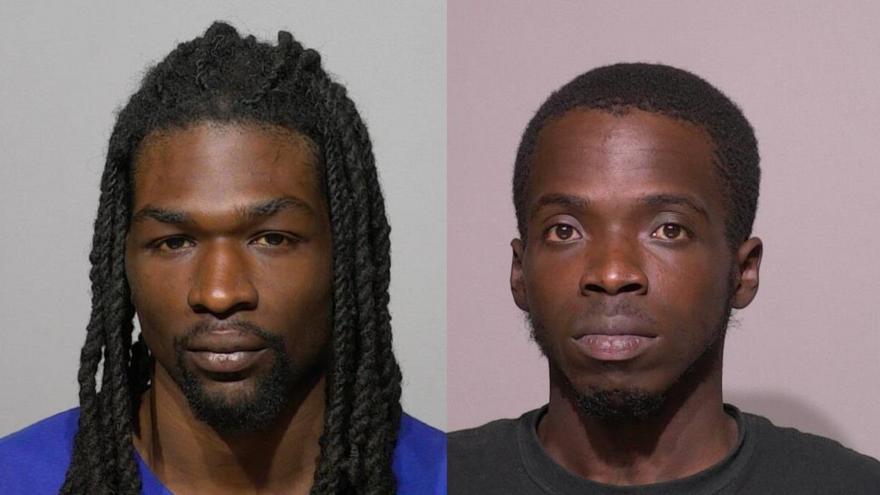 MILWAUKEE (CBS 58) -- Two Milwaukee men are headed to trial after allegedly dumping a body in a garbage cart near 24th and Hadley on Friday, Oct. 9.

Tajh Cooper, 23, and Lasmonte McGowan, 24, are charged with hiding a corpse, as a party to a crime.

According to a criminal complaint, the body of 34-year-old Richard Williams Jr., of Chicago, was found by a DPW worker in a garbage cart near 24th and Hadley.

The victim had been shot in the left temple, left flank, left shoulder and right side of the head, according to the complaint, and was pronounced dead on scene. The Milwaukee County Medical Examiner's Office concluded that the manner of death was homicide, and the victim died as a result of gunshot wounds to his head.

The DPW worker who came across Williams' body told investigators she was moving a garbage cart to the truck to be dumped and noticed that the cart was heavy. She said she was able to get it onto the lift, and as she dumped the cart, a citizen standing nearby shouted, "There is a body in there!" The worker said she and her work partner then stopped the compactor and called 911.

According to the complaint, video surveillance recovered in the area depicts two suspects, later identified as Cooper and McGowan, pulling the victim out of the back seat of a vehicle and stuffing his body into a city of Milwaukee sanitation cart before driving off.

When interviewed by authorities, Cooper stated that he and McGowan had been out selling weed and ecstasy Friday night when he was contacted by Williams, who he had met Thursday night at a gas station. Cooper said he sold the victim a "sack of weed that night" and that on Friday, Williams contacted Cooper asking for two ecstasy pills.

He said they met Williams at the gas station and the victim got into the rear driver's side seat of McGowan's car. After selling the victim pills and marijuana, Cooper told detectives he looked back and saw Williams with "anger in his eyes," holding a handgun. He said the victim demanded everything and went through Cooper's pockets, taking his money. Cooper said McGowan then pulled out his handgun and shot Williams three times.

McGowan told Cooper that they needed to burn the body or throw it away, according to the complaint. He drove to a house near 24th and Hadley where they dumped the victim's body into a garbage cart.

In an interview, McGowan admitted to officers that he shot Williams three times and disposed of his body after watching the victim point a gun at Cooper. Investigators searched McGowan's vehicle and located a pistol, pills, a substance consistent in appearance with heroin, the victim's wallet, and a machete.

Court records show that McGowan and Cooper appeared in court for a preliminary hearing on Oct. 26 where they both pleaded not guilty and were bound over for trial. They are due in court next on Nov. 18.