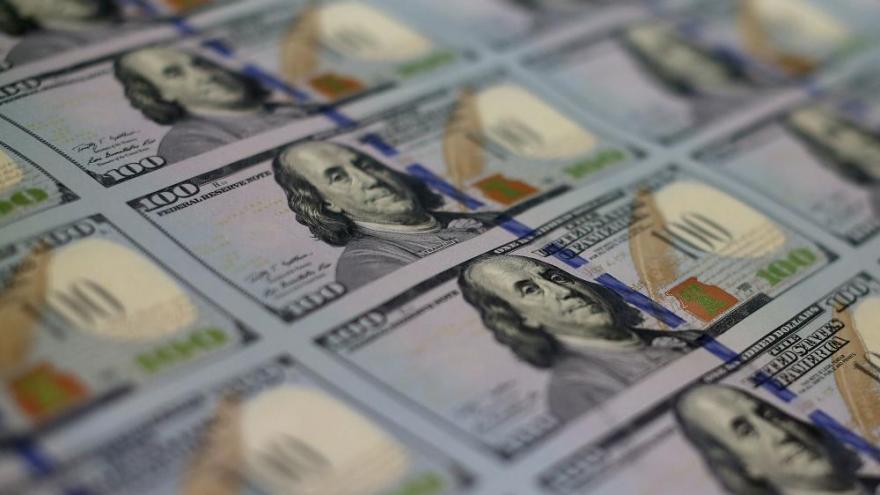 There are as many as 10 million low-income, childless adults in the United States who are eligible for the federal government's stimulus payment program, but are at risk of missing out on the money, according to tax experts.

(CNN) -- There are as many as 10 million low-income, childless adults in the United States who are eligible for the federal government's stimulus payment program, but are at risk of missing out on the money, according to tax experts.

That's because they aren't required to file tax returns, making it harder for the IRS to verify their income -- or even to know who they are or where to find them.

"These folks are very disconnected from the tax system. It's going to be very hard to get their payments out," said Elaine Maag, a research associate in the Urban-Brookings Tax Policy Center.

People who have filed returns and others in government programs like Social Security will automatically receive the stimulus payments, which are worth up to $1,200 per person.

Maag estimates there about 10 million people who may not be in the IRS system because they don't earn enough money and see little incentive to claim tax credits. By law, people don't have to file if they earn less than $12,200. Those without children aren't eligible for the child tax credit and are usually due relatively small amounts under the Earned Income Tax Credit.

But this group includes many needy Americans, including some disabled people. It also includes anyone in the prison system. Some of them will be students who rely on student loans to support themselves, Maag said.

Those people can still file a tax return to qualify for the new stimulus, but that may be challenging for those who haven't filed in years -- and who may not have access to in-person tax preparation services shuttered by local orders or even to the Internet with many libraries also closed.

And while the stimulus legislation ensures that the stimulus payment won't be offset by any back taxes owed, some may fear that if they do file, it will be more likely that the IRS audits them in the future.

"This group is going to have to file, so it is key for the government to make it easy for them to do so and then to have very strong outreach to get the word out," said Chuck Marr, senior director of federal tax policy at the Center on Budget and Policy Priorities.

Even then, recent research by the California Policy Lab showed that aggressive outreach didn't do much to get more people to file a return even when they qualify for benefits like the Earned Income Tax Credit.

There may be little more the IRS can do to reach these 10 million people. Treasury has said it will be creating a web portal for those whose information is not on file to register payment details -- but it remains unclear how that would work or when it may go live.

Other groups are also left out

The agency only changed its guidance regarding Social Security recipients after a bipartisan push. Now, even beneficiaries who have not filed a 2019 or 2018 return won't have to do anything to get the stimulus money. In those cases, the IRS will use information on file with the Social Security Administration and people will receive the payment the way they normally receive their Social Security benefits -- either through direct deposit or check.

Other groups are still left out. Young people who are older than 17, and are still claimed as dependents by their parents, won't receive a payment -- and their parents won't get the extra $500 due per child. Adult dependents, including some disabled or elderly people who may live with their children, may not qualify either. Undocumented immigrants who don't have Social Security numbers are also ineligible.

Some lawmakers have begun urging several government agencies to share information so that disabled people who receive Supplemental Security Income or low-income veterans who receive certain pensions and disability payments won't have to also file a return to get the stimulus money. That would help out more than 3 million people, according to Marr.

The Social Security Administration says it is working closely with Treasury to address questions regarding the Supplemental Security Income recipients. A Treasury spokeswoman told CNN Tuesday that the agency is looking into it.

In 2008, when the government issued similar stimulus payments, those who earned less than $3,000 did not qualify at all. The government later expanded Supplemental Nutrition Assistance Program (SNAP) benefits, which can more easily reach low-income families who are signed up for the program, to close that gap in assistance.

The recent CARES act didn't expand SNAP benefits or eligibility, but lawmakers are considering yet another stimulus bill to help the economy amid the pandemic. Talks are in early stages and it's unclear when that might pass.

Some taxpayers just aren't eligible for the stimulus payments at all. Individuals making more than $99,000 won't receive anything, while married couples are phased out at $198,000 -- unless they have children.