Millions may be getting shortchanged on unemployment benefits, GAO finds 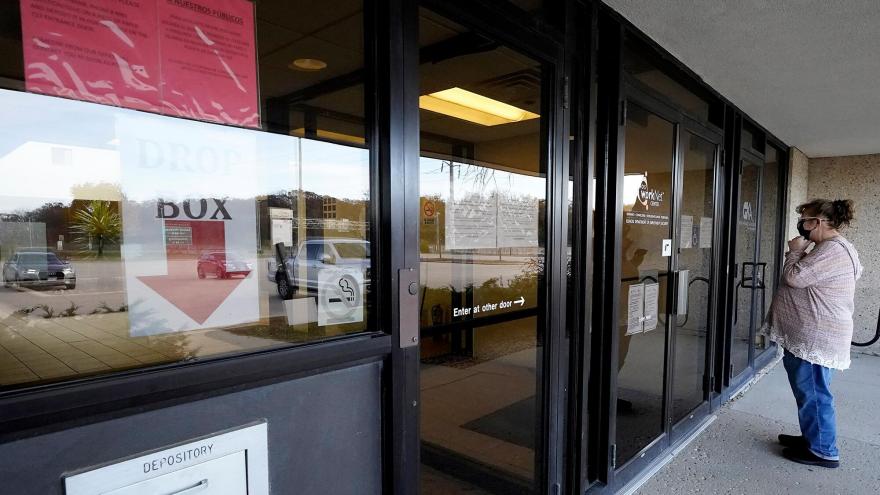 A woman checks information as information signs are displayed at IDES (Illinois Department of Employment Security) WorkNet center in Arlington Heights, IL, on Nov. 5. Millions of jobless people may not be receiving the full payments they are owed, a government watchdog report found.

(CNN) -- Millions of jobless people may not be receiving the full unemployment payments they are owed, a government watchdog report released Monday found.

Also, the weekly Department of Labor report on unemployment claims is not providing an accurate estimate of the number of Americans claiming benefits during the pandemic, according to the US Government Accountability Office. That's because of backlogs in processing a historic number of claims that overwhelmed many state agencies, among other data issues.

The shortchanging comes in the temporary Pandemic Unemployment Assistance program that Congress created last spring to provide benefits to the self-employed, gig workers, independent contractors and certain people affected by the coronavirus outbreak.

The majority of states have been paying claimants in this program the minimum benefit instead of the amount they are eligible for based on prior earnings, the GAO said. Most states decided to do this initially to get the new program up and running faster, but then did not recalculate benefits based on actual earnings.

States should make up the difference to claimants, but the Department of Labor told the GAO it did not know how many states have begun doing so. California's website said as of October 30 that it was recalculating payments based on individuals' total earnings in 2019 and would back-pay the difference.

Among the 41 states reporting data the pandemic program in September, average benefits paid ranged from about $114 to about $357 per week.

The Pandemic Unemployment Assistance program has had a rocky road since its inception. It has been a target of fraud across the nation.

California, for instance, saw a large increase in continuing pandemic claims at the end of August. So the state temporarily halted accepting new claims in September and implemented a new identity verification process to combat fraud. Its previous anti-fraud efforts led to a decline of more than 72% in Pandemic Unemployment Assistance claims.

The Department of Labor, state agencies and the US Secret Service are all conducting fraud investigations, concerning hundreds of millions of taxpayer dollars.

Unclear how many people are receiving benefits

The report also highlighted problems with assessing how many people are receiving unemployment benefits during this period of historically high claims. For instance, if a person submits claims for multiple weeks at a time, each week is counted as a separate claim -- making it appear that more Americans are on unemployment than actually are.

States have also been inconsistent in reporting claims week to week. Arizona, for example, reported nearly 2.3 million Pandemic Unemployment Assistance claims one week and none the next -- due to suspected fraud.

Accurate data is important, especially as lawmakers must decide in coming weeks whether to extend two key pandemic unemployment benefits programs they created in March to respond to the outbreak. The Pandemic Unemployment Assistance program and the Pandemic Emergency Unemployment Compensation program, which provides an additional 13 weeks of benefits, both expire at the end of the year.

Some 12 million out-of-work Americans could be affected, according to an estimate by The Century Foundation.

The GAO has recommended that the Department of Labor revise its weekly news releases to clarify that the numbers it reports do not accurately estimate the number of Americans claiming benefits, as well as pursue options to report the correct data.

The department agreed with both recommendations but did not support retroactively reporting more accurate data.

According to the latest weekly report from the Department of Labor, 9.1 million people were collecting Pandemic Unemployment Assistance benefits and 4.5 million were receiving the extended Pandemic Emergency Unemployment Compensation payments.