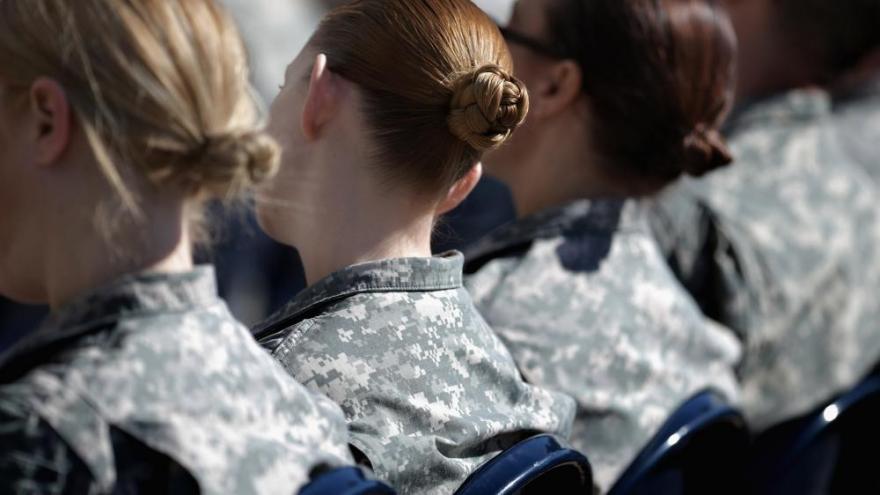 Sexual assaults across the US military increased by a rate of nearly 38% in 2018, according to a report released by the Pentagon on Thursday.

(CNN) -- Sexual assaults across the US military increased by a rate of nearly 38% in 2018, according to a report released by the Pentagon on Thursday.

The report which surveyed both men and women from the Army, Navy, Air Force and Marines estimated that 20,500 members of those services experienced "unwanted sexual contact" in 2018, a significant increase from 14,900 when the military last conducted a similar survey in 2016.

Unwanted sexual contact was characterized in the report as running along a range of instances from groping to rape.

In a letter to senior officials across the Defense Department on Thursday, acting Defense Secretary Patrick Shanahan announced additional steps the Pentagon would take to try and actively reduce and attempt eliminate what has been a major issue for years.

"To put it bluntly, we are not performing to the standards and expectations we have for ourselves or for each other. This is unacceptable," Shanahan wrote in the letter. "We cannot shrink from facing the challenge head on. We must, and will, do better."

"Collectively, we must do everything we can to eliminate sexual harassment and assault in the military," Shanahan wrote "In doing so, we must provide the highest-quality response to service members and hold offenders appropriately accountable."

The report also found the Marine Corps had the highest rate of estimated sexual assaults at nearly 11%, up from 7% in 2016, followed by the Navy, Army and Air Force respectively. Those services also had increases in their estimated rates of assaults.

"I have read the report regarding sexual assault statistics for 2018 and findings are unacceptable. Marines know that sexual assault is a crime," Marine Corps Commandant Gen. Robert Neller said in a tweet Thursday. "Marines also know that alcohol abuse is a contributing factor to a significant number of these incidents and other aberrant behaviors. We must have frank and candid conversations about the implications of this report to us as Marines, our units, and our Corps. To be clear, we must treat each other with dignity and respect, and hold each other accountable for not doing so."

62% of the most serious sexual assaults involved alcohol use by the victim and/or the alleged offender, and the vast majority of victims knew their assailant, the report said.

Approximately one in three service members who indicated they had been a victim of sexual assault reported it to a superior within the military, roughly the same rate as 2016, and military commanders had sufficient evidence to take disciplinary action against two-thirds of service members accused according to the report.

The Pentagon has established a sexual assault accountability task force that was assembled at the request of Arizona Republican Sen. Martha McSally in March.

In testimony before the House of Representatives on Wednesday, Shanahan said he was going to "criminalize" sexual harrassment in the military and was expected to issue a directive to the Defense Department making sexual harassment a stand-alone crime under military law, according to a US defense official.

"We're going to criminalize certain activities in this next year to reflect the seriousness that we're going to take on certain behaviors," Shanahan said.

Overall, the rates of sexual assault in the military have trended downward since 2006 when over 34,000 service members reported some type of sexual assault, but the numbers have fluctuated up and down since then.

The Pentagon announced Thursday it will take additional steps to address the problem including launching a program that will allow service members making reports even greater confidentiality in their reporting as well as enhancing efforts in the recruiting process to assess the character of potential recruits.