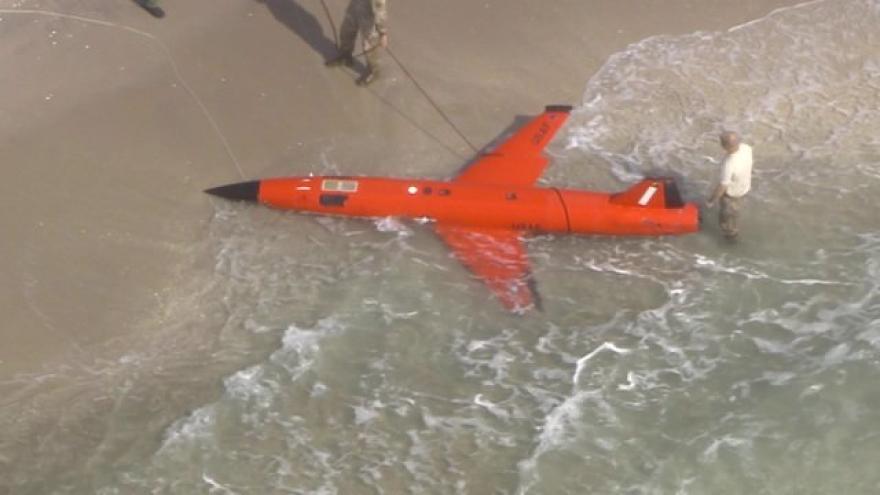 MIAMI (WFOR) -- A military drone washed up on the beach at Ocean Ridge Hammock Park in Boynton Beach on Friday.

WFOR-TV’s Chopper 4 was over the scene as Boynton Beach police and fire personnel dragged it out of the water with an ATV. U.S Air Force 53rd Wing public affairs spokeswoman Lt. Savannah Bray says the BQM-167A was one of theirs. The 53rd Wing is based at Eglin Air Force Base.

Bray adds that the drones have a parachute recovery system and they are usually recovered from the ocean or land. However, sometimes due to weather, they are not able to recover them from the water and they may wash ashore.