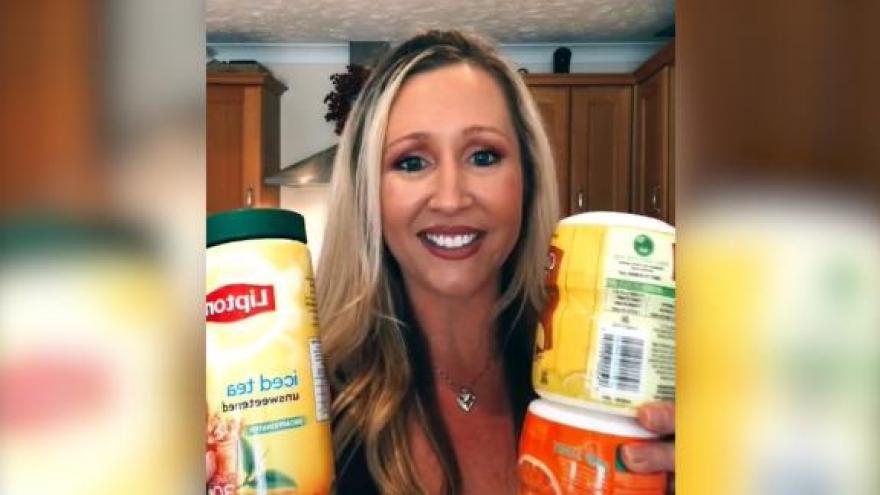 (CNN) -- You'll remember the Boston Tea Party of 1773, when American revolutionaries famously trolled the British by throwing chests of tea into Boston Harbor.

A new spat over the correct way to brew a "cuppa" has boiled over into a similar international incident, with both the UK and US ambassadors sticking their spoon in.

It all began in early May when an American TikTok user named Michelle, from North Carolina, sparked howls of rage across social media platforms with her controversial guide to making "hot tea."

It involved a microwave and an unholy mix of milk, powdered lemonade, cinnamon, the soft drink Tang, industrial amounts of sugar, and one innocent teabag, which surely deserved better things in life.

It was all too much for British users, who take great pride in their homespun national drink, with its leaves imported primarily from Kenya, India and Malawi. The twin themes in the furious outpouring of comments were "war crime" and "diabetes."

Undeterred, Michelle followed up with a guide to "British tea," involving less physical intimacy between teabag and water than between the stiff-lipped couple in "Brief Encounter."

It was with her video this week on British eggs, using canned whipped cream, that Michelle -- who lives in the UK and is presumably familiar with local mores -- confirmed suspicions that she is indeed very much in on the joke.

The fifth columnist of TikTok has already amassed more than five million Likes for her efforts, but she has also incited righteous anger in a nation close to boiling point, and with a lot of time on its hands.

So Dame Karen Pierce, British Ambassador to the United States in Washington, called in the military.

Yes, that's right, on a video posted Monday she got the boys from the British Army, Navy and Air Force to demonstrate how to prepare tea in a manner both patriotic and pukka. There was even a nod to how to conduct high tea at high altitude.

Pierce had got the armed forces behind her, but when Woody Johnson, the US Ambassador to the United Kingdom got involved on Wednesday, he made like Dirty Harry and went in solo.

His strategy was a smart one. He went after Britain's weakness: coffee. With the UK famously weak at continental-style caffeine consumption, how could he possibly go wrong?

The problem for this Clint Eastwood of cappuccinos is that he makes what appears to be an absolutely terrible cup of coffee.

He commits the cardinal sin of using instant coffee, raising the hackles of any connoisseur faster than hot water dissolves a freeze-dried granule.

As people around the world have been upping their gourmet antics during lockdown, with their sourdough starters and their AeroPress cold brews, there can be just one message for Johnson. Do better.

Nor have there been comments on TikTok tea from Liu Xiaoming, China's Ambassador to the UK, or Josephat Karanja and Gaitri I. Kumar, respectively Kenya and India's High Commissioners to the UK.

Is the time for silence over?