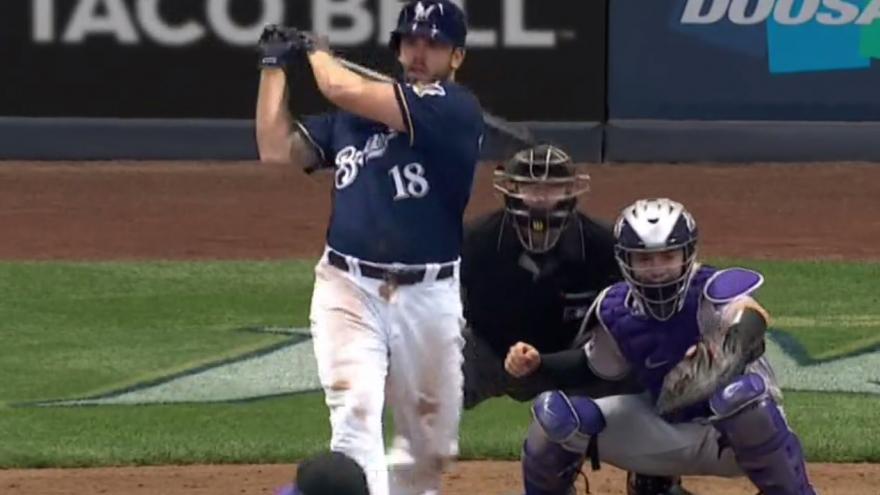 CINCINNATI (AP) — All-Star infielder Mike Moustakas and the Cincinnati Reds have agreed to a $64 million, four-year contract, a person familiar with the negotiations told The Associated Press, the team’s first move to upgrade a lineup that struggled to score.

The person spoke on condition of anonymity Monday because the agreement had not been announced.

For the second straight offseason, the Reds are making a splurge in free agency as they try to shake themselves out of a rut of six straight losing seasons. Their first move involves getting a player from the NL Central-rival Milwaukee Brewers. The 31-year-old could fill the Reds’ hole at second base that opened when Scooter Gennett got hurt and then was traded last season.

Cincinnati scored the fourth-fewest runs in the NL last season despite one of the league’s most hitter-friendly ballparks. Bulking up on offense, stabilizing the outfield and overhauling the bullpen are the Reds’ priorities in the offseason.

Moustakas is a first step toward fixing the offense. He hit .254 with 35 homers and 87 RBIs this year, making his third All-Star team. He began the season at second base and moved to third with Travis Shaw in a slump. Cincinnati has Eugenio Suarez at third base.

The Reds haven’t been to the playoffs since 2012, when they won 90 games and lost to the Pirates in the NL wild card game. Cincinnati then launched into a rebuild, trading away stars for prospects. They lost at least 94 games annually from 2015-18.

Cincinnati reversed course and decided to try to become competitive again last season by trading for Yasiel Puig, Matt Kemp, Alex Wood, Tanner Roark and Sonny Gray, who became an All-Star. Puig, Kemp and Roark were dealt during the season, along with Gennett. The Reds finally escaped last place, finishing ahead of Pittsburgh with a 75-87 mark, but they wasted a lot of solid pitching along the way.

Moustakas has 42 games of playoff experience with the Royals in 2014-15 and the Brewers the last two seasons.

Moustakas rejected a $17.4 million qualifying offer from Kansas City after the 2017 season but eventually returned to the Royals on a one-year deal. He was traded to the Brewers that July and finished with a .251 average, 28 homers and 95 RBIs.

He had a $7 million salary this year and gets a $3 million buyout for declining his $10 million option. He’s made $18.7 million on a pair of one-year deals the last two seasons.

Moustakas deal with cincy is believed to be for about $16M per year. 4 years. #reds