Microsoft is bringing back Clippy 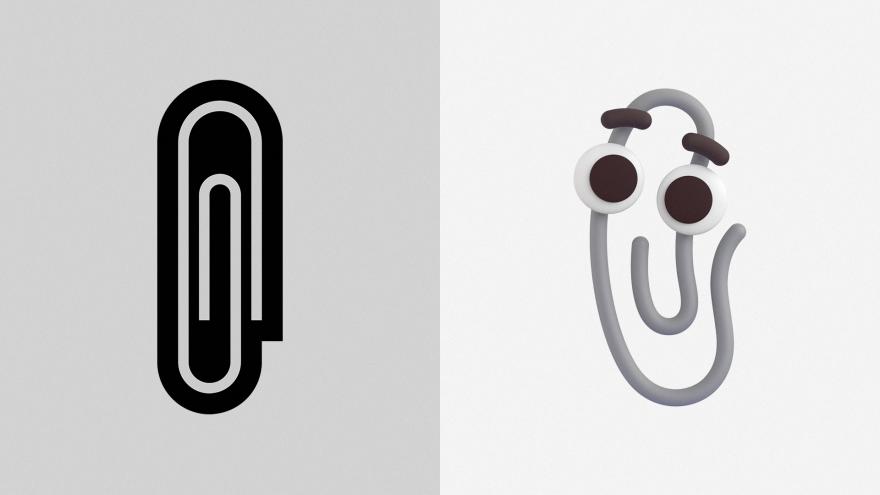 (CNN) -- Clippy hasn't had an easy life. Microsoft's iconic but polarizing virtual assistant first appeared in Windows 97 as a small paper clip to help Microsoft Office users. It was given the boot by Office 2007.

Earlier this year, it resurfaced for one dayas an animated sticker in Microsoft Teams before the company shut that down.

Now, ahead of World Emoji Day on Saturday, Microsoft is announcing plans toreplace its standard paperclip emoji with an image of big-eyed, happy helper Clippy. The move is part of a broader refresh of 1,800 emojis across all Microsoft apps and services, which will roll out later this year.

"When we looked at redesigning the paper clip, we thought, 'How could you not?" ClaireAnderson, Microsoft's art director known internally as its emoji-ologist, told CNN Business. "It's a way of honoring where we've come from as we also look at a new tech style. .. But like most nostalgic things, we know Clippy can be polarizing."

Microsoft teased the return of Clippyin a tweet Wednesday. The company promised -- or "threatened," as some tech publications put it -- that if it received 20,000 Likes, it would replace the paperclip emoji in Microsoft 365 with Clippy.

Microsoft has been working on an emojis refresh for the past year, choosing 3D designs over 2D and opting to animate the majority of them. The move is in line with it's new design language, Fluent, which the company calls brighter, vibrant and more human. "We want the design to uplift and make people happy," Andersonsaid.

It's also adding five new emojisto capture the many moods and challenges of working from home: a "you're on mute" emoji, an image of someone multitasking with their arms going everywhere, a "business on top and pajamas on bottom" emoji, someone with a cat in front of the screen and a person holding a baby.

"We were reflecting on this past year and thinking what it looks like in emojiland -- and those are the ones that stood out to us the most because it's part of how we live now and interactions that happen all of the time," Anderson said.

Microsoft also conducted a study that found 57% of people believe emojis in the workplace are professional and help humanize conversations. Emojis are often used as tools to lighten or intensify tones, express playfulness or enhance expression.

"Body language, the surrounding environment, subtle forms of humor — the loss of those impacts our communication greatly, but with a few pixels, we can telegraph our thoughts and feelings in ways that are fun, clear, and emotionally resonant," Anderson elaborated in a blog post.

A new Adobe study published on Thursday revealed that "laugh out loud"is the world's most popular emoji, followed by the "thumbs up" and "red heart" emojis.

Microsoft's new emoji will roll out in the coming months, starting with video tool Flipgrid in August, and other platforms, such as Teams and Windows, during the holiday season.