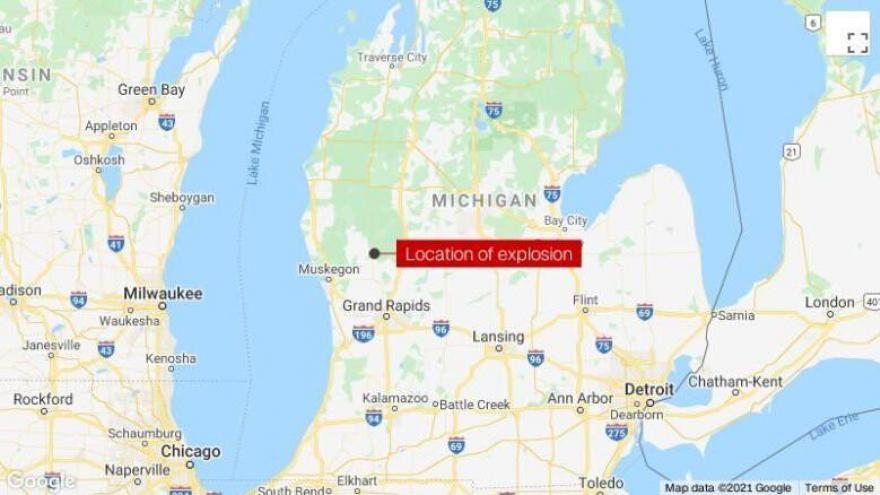 Officers from the Newaygo Police Department responded to Newaygo High School in west-central Michigan at 8:52 a.m. after a report of an explosion inside a classroom, state police said in a tweet. A preliminary investigation determined a 16-year-old student had accidentally detonated a homemade explosive device he brought to school, police said.

The device went off inside a classroom, injuring the 16-year-old and four classmates sitting nearby. School administrators dialed 911, the school was immediately evacuated and students were transferred to the bus garage as emergency services arrived on scene, police said.

All Newaygo County schools went into lockdown in compliance with the county's emergency operations plan until authorities determined there were no further threats to students.

Based on the initial investigation, it appears the student had no ill intent and did not intend to detonate the device, Michigan State Police spokesperson Michelle Robinson told CNN.

"The investigation continues into what kind of material was involved in the explosion and the circumstances contributing," the state police said, adding that the FBI and Bureau of Alcohol, Tobacco, Firearms and Explosives were on scene to help identify the explosive materials involved.

Troopers were executing a search warrant at a Newaygo County residence as part of the investigation, state police tweeted.

CNN has attempted to reach Newaygo Public Schools for comment.

Correction: A previous version of this story misidentified which police department Michelle Robinson represents as a spokesperson. Robinson works for the Michigan State Police.