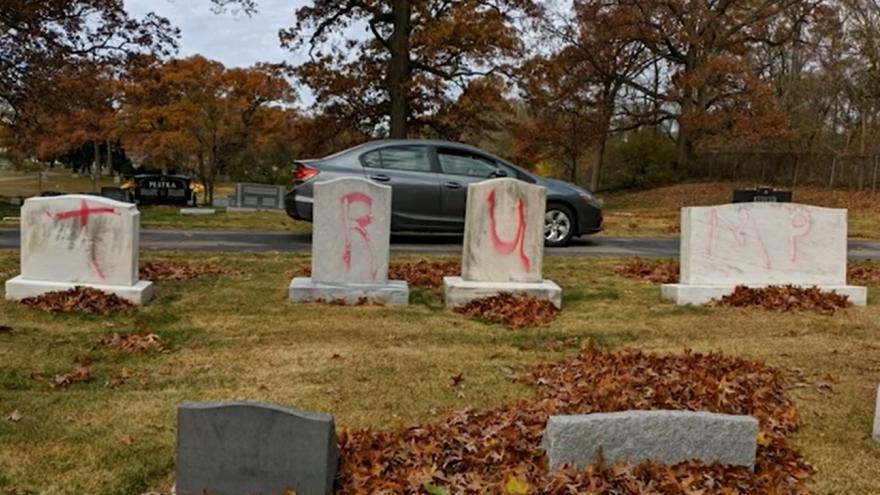 The desecration was found at the Ahavas Israel Cemetery just hours before President Donald Trump held a rally Monday night in Grand Rapids.

The Anti-Defamation League (ADL) Michigan released photos on their Twitter account showing headstones spray-painted with "Trump" and "MAGA" spelled out in red paint.

Police Sgt. John Wittkowski said the cemetery is in an out-of-the-way place, so there are no leads or video. He said the incident, which is under investigation, probably happened in the last three to five days.

The ADL said it is appalled and is working with law enforcement to investigate the desecration.

The act, committed on the eve of the 2020 election, was intended to intimidate Trump's opponents and Jewish voters in particular, the Michigan Democratic Jewish Caucus said Monday in a news release.

"It has failed. Grand Rapids' Jewish community will not be cowed by this vile attack on Ahavas Israel," the release said. "Instead, Jews in Grand Rapids, the State of Michigan, and across the country will head to the polls (Tuesday) to vote against this president and the hatred, violence, and antisemitism he so callously incites."

The Michigan Republican Party did not immediately respond to a request for comment.