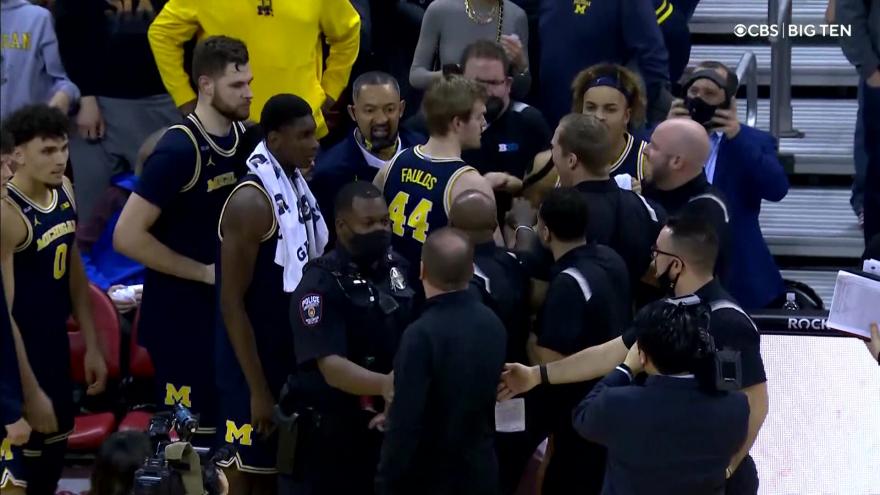 The Big Ten says it plans to "take swift and appropriate disciplinary action when it completes its review." During his postgame news conference, Howard said he didn't like Wisconsin calling for a timeout with 15 seconds left and the Badgers leading by 15.

After the game, Howard pointed a finger at Gard. Later on, Howard reached through a crowd to get to Krabbenhoft, and players from each side got involved in the skirmish.