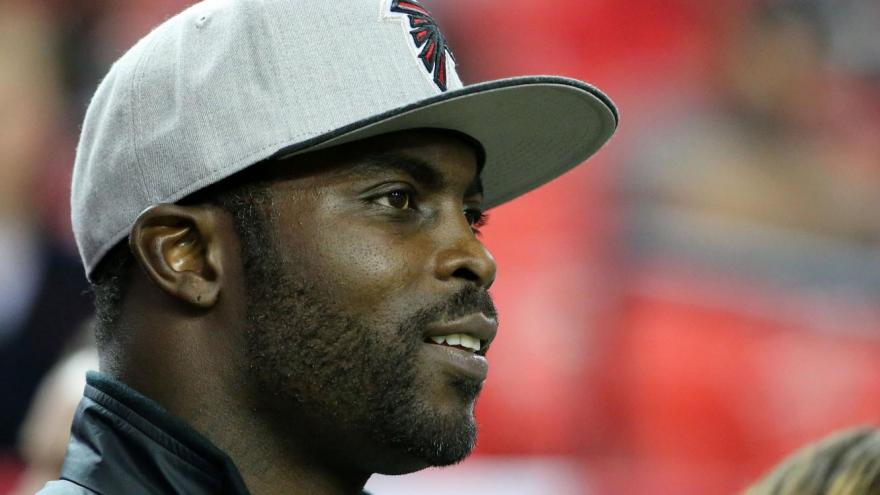 Despite a petition calling for his removal, Michael Vick will serve as the NFL's honorary Pro Bowl captain this year, NFL commissioner Roger Goodell said.

(CNN) -- Despite a petition calling for his removal, Michael Vick will serve as the NFL's honorary Pro Bowl captain this year, NFL commissioner Roger Goodell said.

More than 560,000 people signed a Change.org petition to bar Vick from serving as a captain, a role that would see him mentor players and coach from the sidelines.

But Goodell said Vick's made progress since his 2007 conviction for illegal dog fighting.

"Over the last, what is it, nine years or so, we have supported Michael in his recognition of the mistake he made," he said at a press conference. "He's paid a heavy price for that. He's been accountable for it."

Goodell said Vick has worked to secure animal rights since his release from prison. In 2015, he met with lawmakers in Pennsylvania to support a bill that gave police officers the right to break into cars to free dogs and cats.

The year before, he supported a bill later signed into law that made it illegal to attend an organized animal fight, the Washington Post reported.

"I know there are people out there who will never forgive him," he said. "He knows that. But I think this is a young man who's really taken his life in a positive direction, and we support that, so I don't anticipate any change, no."

Vick served 18 months in federal prison after admitting in 2007 that he participated in illegal dog fighting, killing dogs and operating a business enterprise that involved illegal gambling.

He was suspended indefinitely from the NFL until the Philadelphia Eagles signed him in 2009 and named him starting quarterback. His six-year, $100 million contract with the team made him one of the league's highest-paid players.

Vick will serve alongside co-captains Terrell Davis, Darrell Green and Bruce Smith at the 2020 Pro Bowl on January 26. They'll take the field with current players voted in by fans at Camping World Stadium in Orlando, Florida.