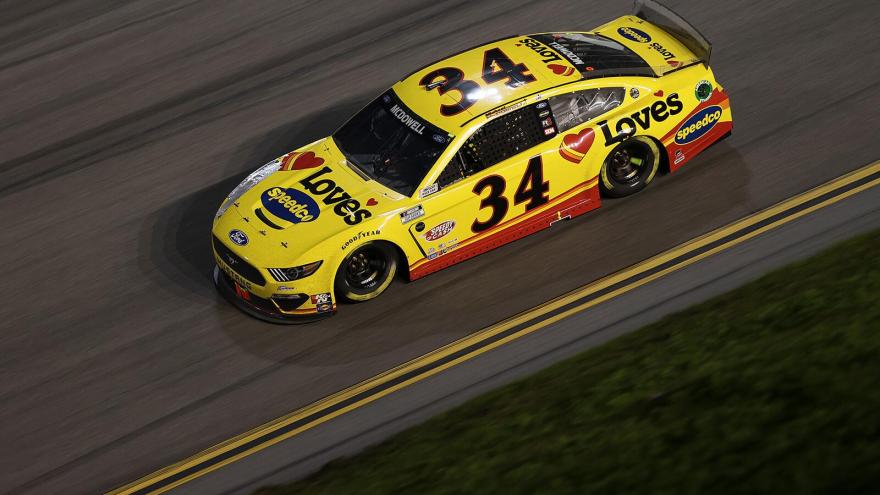 This is his fourteenth time racing in the Daytona 500 and his first ever win.

"I just can't believe it!" McDowell told Fox Sports after taking first place. "Such a great way to get a first victory in the Daytona 500! Are you kidding me!?"

McDowell said he was grateful that he made it out of the multiple vehicle crash in the last lap unscathed.

"So thankful God is good," he said. "Just gotta thank God, just so many years grinding it out."

He will take home a replica of the Harley J. Earl Trophy and about $1.5 million.

The win comes after a rocky start and a dramatic, fiery ending for one of the largest sport competitions since the pandemic began.

First, a crash in the fourteenth lap took out 16 cars of the 40-car lineup, removing driver Alex Bowman from the pole position he started in.

Around 3 p.m. thunderstorms led to a weather delay, forcing fans to seek shelter for part of the race after a lightning strike hit in the area.

Once the rain cleared, the track still needed to dry before racers could start their engines. By 9 p.m. the 200-lap 500-mile-long race had resumed.

In the final lap, a fiery multi-car crash put several cars out of commission. All the drivers involved were able to remove themselves from their cars.

About 30,000 fans were allowed to watch the race in person, far less than the normal 100,000 fans that usually attend. The limit was put on the number of fans to allow for greater social distancing.

"The Daytona 500 is the biggest race of our year, and we have to start out with a bang," Wallace recently told CNN Sport's Coy Wire.

Correction: An earlier version of this story misstated which race Toni Breidinger competed in. She drove in the 2021 ARCA season opener at Daytona International Speedway.