Michael Jordan game-worn sneakers tipped to fetch over $500,000 at auction 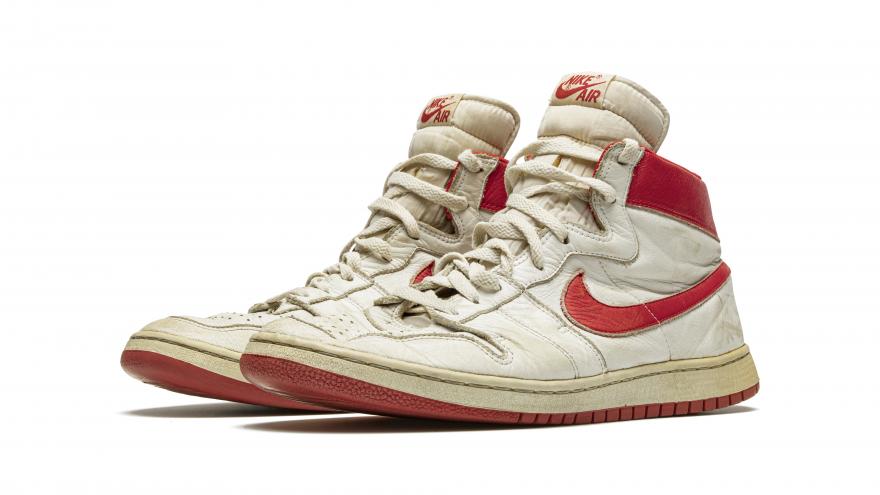 By Calum Trenaman, for CNN

(CNN) -- One knock-on effect of the hype surrounding "The Last Dance" documentary appears to be a boon in Michael Jordan memorabilia, with one pair of the former Chicago Bulls star's sneakers expected to fetch over $500,000 at auction.

The online "Original Air" auction of 11 items -- browsing opens on July 23 and bidding takes place between July 30 and August 13 -- is being organized by Christie's and sneaker consignment store Stadium Goods.

Christie's has described the auction as "the most comprehensive sneaker record of Michael Jordan's era-defining Chicago Bulls career."

The most valuable lot in the Christie's auction is a pair of Jordan's game-worn Nike Air Ship sneakers.

The Air Ship sneaker was worn by Jordan in 1984 before the launch of his signature Air Jordan 1 model. His "Airness" only wore the pair during pre-season and early games of his rookie year and Christie's expects them to fetch between $350,000 and $550,000.

2020 was supposed to be an Olympic year, and the second most valuable item in the auction is a game-worn pair of the "Olympic" Air Jordan 7.

The sneakers feature a Team USA Olympic colorway, and the number 9 on its heel -- Jordan's number while playing for the Dream Team instead of his usual 23.

The other highly coveted game-worn item in the collection is a pair of Air Jordan 11 sneakers in the "Concord" colorway.

Jordan wore this white-and-black "Concord" colorway for the entire 1995-96 season, after his comeback from baseball, before switching to a black-and-red-colorway for the Playoffs.

The "Concord 11s" remain a fan favorite to this day, having been retroed and re-released as recently as December 2018.

A portion of the proceeds from this lot will go to the NAACP Legal Defense Fund, the US legal organization fighting for racial justice.

"As we've seen with 'The Last Dance' and now with our 'Original Air' auction with Christie's, there are still lesser known narratives in the legacy that create great interest," said John McPheters, co-Founder and co-CEO of Stadium Goods in a statement ahead of the online auction.

"The pieces we've put together for this auction are truly unique, and will have deep resonance for Jordan fans, sneaker connoisseurs and pop culture collectors alike," added McPheters.

According to Christie's, Iooss has photographed thousands of athletes, including "the most iconic stars in the biggest arenas under the brightest lights."

"From what I can tell, Walter has never taken a bad shot of anybody or anything," Jordan has said of Iooss.

"Years later, working together on Rare Air, we had become so comfortable around one another that I barely had to look up. You don't have to perform for Walter."

Bidding for the Iooss' prints takes place between July 30 and August 11.