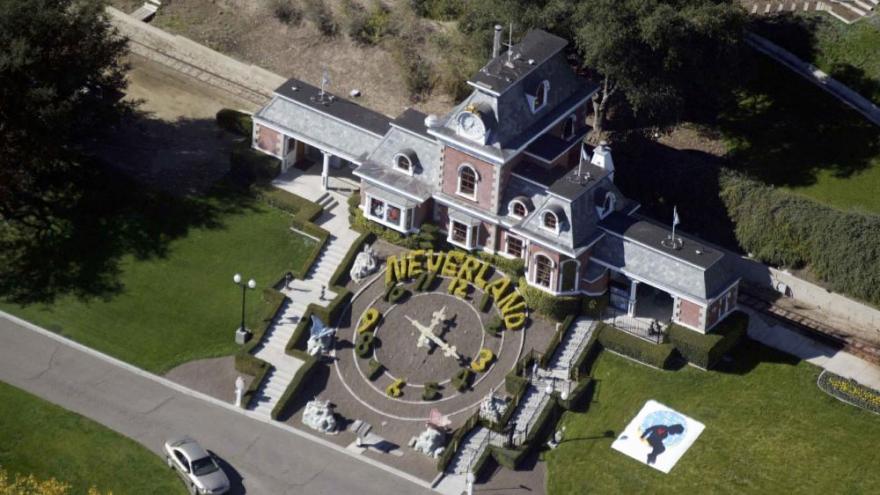 Spokesman Frank Quintero did not confirm the purchase price, but The Wall Street Journal reported it was $22 million.

Burkle is also the co-founder of Yucaipa Companies, an investment firm.

Neverland Ranch -- named after the fictional "Neverland" in the tale of Peter Pan, the boy who could never grow up -- was purchased by Jackson in 1987 for $19.5 million.

The 2,700-acre estate once contained 22 structures, including an amusement house and a zoo which housed elephants, a giraffe, orangutans, and Jackson's chimp Bubbles.

Jackson died in 2009 of what the Los Angeles County Coroner said was "acute propofol intoxication." His physician, Dr. Conrad Murray, was convicted in 2011 of involuntary manslaughter in connection with Jackson's death and served less than two years in prison.

The property, now known as Sycamore Valley Ranch, was jointly owned by Jackson's estate and a fund managed by the real estate investment trust Colony Capital.

At that time, agent Kyle Forsyth shared the listing with Suzanne Perkins.

He said the property, which contains the nearly 12,000-square-foot main house where Jackson lived for 15 years, was held off the market because of wildfires and mudslides in nearby Santa Barbara, California.

"Everyone pulled back for about a year in general," Forsyth said in 2019.

Forsyth told CNN Saturday he is no longer associated with Colony Capital or the listing of the ranch.

CNN has reached out to Perkins but has not yet heard back.