Michael Cohen returns home to serve the rest of his sentence 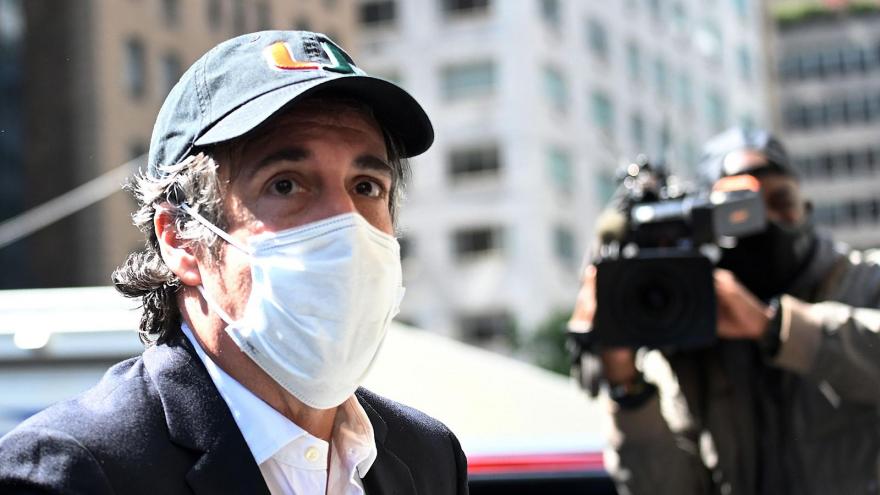 Michael Cohen, a former lawyer for President Donald Trump, returned on Friday to his New York City residence, where he will serve the remainder of his three-year sentence in home confinement.

(CNN) -- Michael Cohen, a former lawyer for President Donald Trump, returned on Friday to his New York City residence, where he will serve the remainder of his three-year sentence in home confinement.

Cohen's homecoming follows a federal judge's ruling on Thursday that the Department of Justice had retaliated against Cohen for a tell-all book he is writing about Trump when it took him back into custody earlier this month.

Cohen was released from Otisville federal prison in upstate New York on Friday afternoon. He was picked up by his son, according to a person familiar with the matter.

Wearing a mask, blazer and baseball cap, Cohen did not say anything to the media outside of his building.

Cohen sued the Department of Justice on Monday, alleging he had been taken back into custody on July 9 to block the release of his book, which is slated for a September release, two months before the presidential election.

The judge ordered that Cohen be released by 2 p.m. ET Friday to home confinement. Cohen was to be tested for coronavirus before he left the prison.

Cohen's return home is the latest chapter in his legal saga. He pleaded guilty in 2018 to tax fraud, lying to Congress and campaign finance violations for facilitating hush money payments to two women who alleged past affairs with the President. Trump has denied having affairs with the women.

Cohen was released to furlough in late May as part of a release program undertaken by the Bureau of Prisons to address the coronavirus pandemic.

A photographer from the New York Post captured Cohen dining at a restaurant near his apartment with his wife and another couple in early July. Cohen said that didn't violate the terms of his release.

The following week, Cohen reported to the courthouse to be transferred to home confinement and fitted with an electronic monitoring device. He objected to the many of the conditions and was then taken into custody.