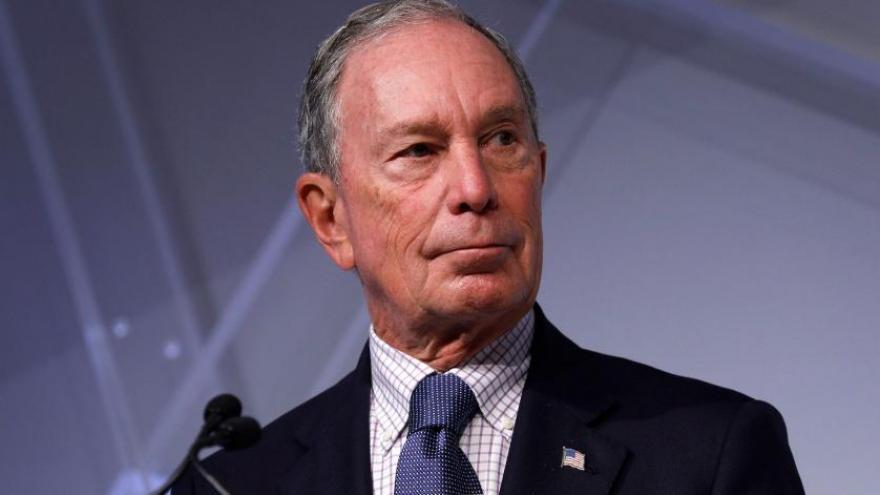 (CNN) -- Former New York Mayor Michael Bloomberg, after saying in March that he wouldn't run for president, is backtracking and preparing a potential run for a 2020 bid, a spokesman for the billionaire tells CNN.

Bloomberg is expected to file the necessary paperwork to get on the Democratic primary ballot in Alabama this week, the spokesman said, the clearest sign to date that the former mayor is seriously considering following through with something he has been weighing for weeks.

Despite preparing to file the paperwork in Alabama, Bloomberg has yet to make a final decision on a run, the spokesman added.

The reason Bloomberg is filing in Alabama is strictly because of the state's early filing deadline. Despite it not being an early nominating state -- Alabamans will pick their Democratic nominee on March 3 -- the state has a filing deadline on Friday.

Bloomberg has privately expressed concerns about the strength of the 2020 field, according to a person familiar with his thinking. And a Democratic strategist who has previously worked with Bloomberg said the former mayor is reconsidering his options, in part, because of the outcome in this week's elections in Virginia, where investments from his gun control group helped Democrats win control of the General Assembly.

Bloomberg's political team has been in touch with officials at the Democratic National Committee about a possible presidential bid, a DNC aide told CNN. Bloomberg and the committee's chair, Tom Perez, spoke by phone Thursday evening about the former mayor's possible bid, the aide said.

Bloomberg and his team are undeterred by the polling data they've conducted internally, which isn't strong, said a Bloomberg adviser who was providing context on the strategy.

"It's not strong but it's not zero either," the adviser said.

The adviser said the thinking inside the Bloomberg camp is that current polls don't account for the fact that moderates will turn out in greater numbers for a candidate they're excited about, the adviser added.

Warren's rise in the polls

The billionaire's decision to lay the groundwork for a run comes as Warren rises in the polls.

"He certainly disagrees with a lot of what she's put out there," said the person. "But he thinks she's smart and has put a lot of thought into her policies."

Bloomberg has been making calls to a handful of connected Democrats in the last 36 hours, including a handful in Iowa, CNN has learned. Iowa has no specific deadline to be eligible for the state's caucuses February 3, but campaigns have to designate representatives by the end of the year, a party official said.

A CNN/Des Moines Register poll in March found that Bloomberg was one of the least popular candidates considering running for the Democratic nomination. The poll found 27% of Democratic likely caucusgoers viewed him favorably, compared with 38% who had an unfavorable view.

Bloomberg publicly entertained a 2020 bid earlier this year, traveling the country to meet with voters and determine whether a run was possible. He told reporters during this public speculation that he was seriously considering a bid, to the point that he had decided he would self-fund a campaign.

"In terms of running for office, I ran three times. I used only my own money, so I didn't have to ask anybody what they wanted in return for a contribution," he told CNN in January. "The public liked that every time they elected me. And, if I ran again, I would do the same thing."

But Bloomberg decided in March that he would not run for president, even though he had been leaning toward it for months.

"As I've thought about a possible presidential campaign, the choice before me has become clear. Should I devote the next two years to talking about my ideas and record, knowing that I might never win the Democratic nomination? Or should I spend the next two years doubling down on the work that I am already leading and funding, and that I know can produce real and beneficial results for the country, right now," he wrote in an opinion piece. "I've come to realize that I'm less interested in talking than doing."

He added: "And I have concluded that, for now, the best way for me to help our country is by rolling up my sleeves and continuing to get work done."

Bloomberg, however, has begun to rethink that decision, in part, because he does not believe any of the current candidates are positioned to defeat Trump.

That is an unflattering indictment of the Democratic field by the former New York mayor, who found earlier this year that there would be a narrow path to victory with Biden in the race. Since then, however, Biden's campaign has failed to take off, struggling to both capture the Democratic base and to raise money, and Bloomberg's possible entry will represent a direct threat to the former vice president.

"But Mike is increasingly concerned that the current field of candidates is not well positioned to do that," Wolfson said. "If Mike runs he would offer a new choice to Democrats built on a unique record running America's biggest city, building a business from scratch and taking on some of America's toughest challenges as a high-impact philanthropist."

Wolfson added: "Based on his record of accomplishment, leadership and his ability to bring people together to drive change, Mike would be able to take the fight to Trump and win."

A threat to Trump?

A Trump campaign source concedes that Bloomberg entering the race could pose a threat to the President, as Bloomberg is a fellow New York entrepreneur who is wealthier than Trump.

But the source says it could also be a good thing for Trump because Democrats would likely be preoccupied with taking Bloomberg down rather than focusing their fire on the President.

The source also says Bloomberg hasn't been battle-tested in the same way Trump has, so it remains to be seen if he can withstand the scrutiny that being in a presidential race brings. "Let's see how well he can take a punch," the source says.

Bloomberg's possible run would be met with a series of serious questions from the Democratic base.

Rather than an asset, Bloomberg's wealth could be considered a knock against him. Candidates like Warren and others have decried self-funding campaigns and run hard against the impact that money has in politics.

When Bloomberg considered a run earlier this year, a number of Democratic operatives told CNN they believed that a Bloomberg campaign would be doomed by the mayor's positions on policing, ties to Wall Street and the fact that he had spent much of his time in politics as a Republican and independent.

But Bloomberg also would bring considerable strengths to a campaign, including his work on climate change and guns and the fact that he has spent millions on Democratic causes for years.