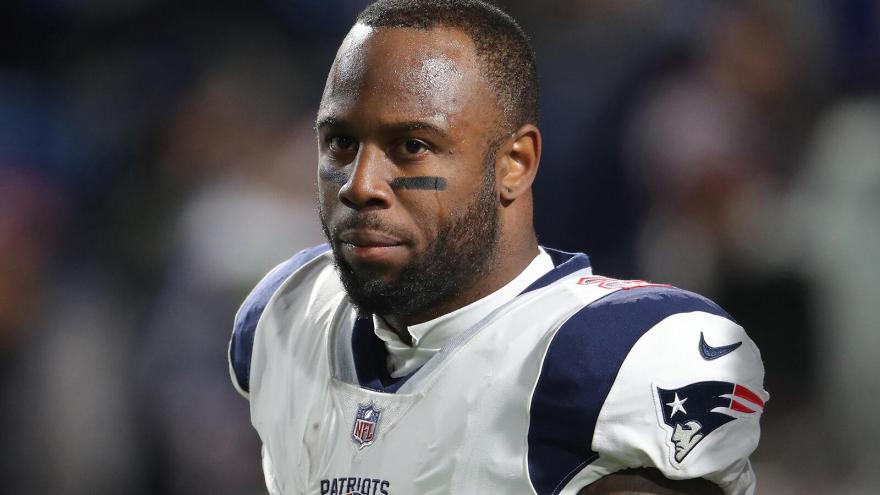 White, who is the father of NFL running back James White of the New England Patriots, was pronounced dead on the scene. His wife Lisa, who was also in the car, and another person were airlifted to the hospital, according to the office. Lisa White remains hospitalized.

Deputies responded to the scene of a two-car crash in Cooper City, Florida, the Broward County Sheriff's Office said, where they found one car flipped over and the other on fire. First responders provided emergency medical assistance and extinguished the vehicle fire.

Shortly before the Patriots game Sunday night, James White was listed as inactive for his team's game against the Seattle Seahawks. White played college football at University of Wisconsin-Madison.  Following a Patriots touchdown in the game, White's teammate Devin McCourty ran to a camera in the end zone and yelled "2-8, we love you, bro!" James White wears No. 28.

James White's former teammate Tom Brady was among many in the NFL community who expressed their condolences to the White family.

"So heartbroken to hear the news of the tragedy of my great friend and forever teammate @SweetFeet_White. There are few people that come into your life that do EVERYTHING the right way," Brady said on Twitter. "James is one of them. Kind, gentle, loving, fiercely competitive and hardworking. His parents raised an amazing son. And we are all grieving with James as he is going through this difficult time. Love you my friend."