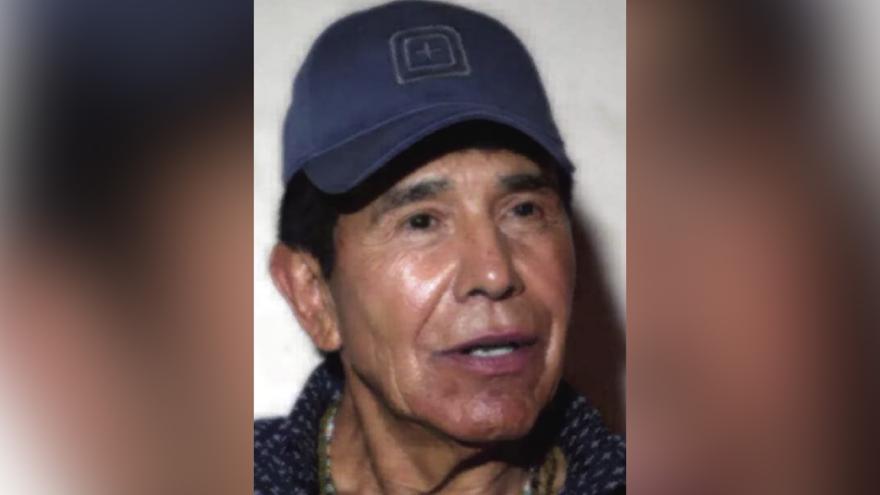 (CNN) -- A notorious drug lord on the FBI's 10 most wanted list was detained on Friday in an operation that ended in tragedy when 14 Marines who assisted in his capture were killed in a helicopter crash, Mexican Navy officials said.

Rafael Caro Quintero was detained by Marines after he was found hiding in bushes by a navy dog in the town of San Simón, Choix municipality, in the northwestern state of Sinaloa, according to a Mexican Navy statement.

Caro Quintero, known as the "narco of drug traffickers," is considered by Mexican authorities to be the founder of the Guadalajara cartel. They accuse him of trafficking methamphetamine, heroin, cocaine and marijuana.

The Mexican Navy Black Hawk helicopter crashed in Los Mochis, Sinaloa following the operation to capture him, according to the statement. One other Marine was injured and remains in hospital.

The cause of the crash was unknown and an investigation would take place, the statement added.

Caro Quintero, whose exact age is unknown but is believed to be in his 60s, is wanted by US authorities for allegedly kidnapping and conspiring to murder Drug Enforcement Administration (DEA) Special Agent Enrique Camarena Salazar in 1985.

Camarena Salazar was kidnapped, tortured and murdered in retaliation for a raid in 1984 of Caro Quintero's 2,500-acre marijuana farm by Mexican authorities, according to the DEA. The events were serialized in the Netflix drama "Narcos: Mexico."

Caro Quintero spent 28 years in prison in Mexico for his role in the murder before he was released on a technicality in 2013. The Mexican Supreme Court later overturned the decision that freed him.

The fugitive returned to drug trafficking as a senior leader of the Sinaloa cartel, according to the FBI.

US Attorney General Merrick Garland said Friday the United States will seek immediate extradition of Caro Quintero so he can be tried "in the very justice system (DEA) Special Agent Camarena died defending."

"There is no hiding place for anyone who kidnaps, tortures, and murders American law enforcement," Garland said.

In 2018, US authorities announced a $20 million reward for Caro Quintero. He has previously said attempts to arrest him were "misplaced vengeance" -- "conveniently rewriting history," according to the DEA.

DEA agents based in Mexico worked with Mexican authorities to locate and arrest Quintero, DEA administrator Anne Milgram said in a note to the agency's workforce Friday evening.

"For more than 30 years, the men and women of DEA have worked tirelessly to bring Caro Quintero to justice," Milgram said. "Today's arrest is the result of years of your blood, sweat, and tears. Without your work, Caro Quintero would not face justice."