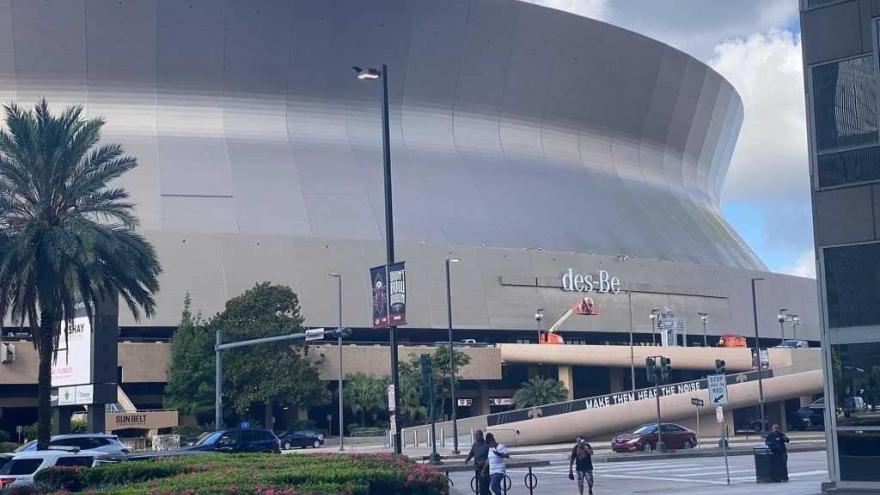 NEW ORLEANS, Louisiana (WDSU) -- The Mercedes Benz Superdome signage is being removed from the Dome Thursday.

Back in May 2020, a report confirmed the naming-rights deal with Mercedes-Benz would end and the German-based car manufacturer would not continue its sponsorship with the Superdome.

Mercedes-Benz became the first naming-rights sponsor in Superdome history when they agreed to a 10-year deal worth between $50-$60 million in 2011.

Since that agreement, they've entered into a naming-rights partnership with Atlanta, and going forward, will focus their attention on Mercedes-Benz Stadium in downtown Atlanta.

The New Orleans Saints, the primary tenant in the Superdome, as well as state leaders are working on new sponsors and expect a deal to be completed when the agreement with Mercedes-Benz lapses.

Sources confirm to WDSU Caesars Entertainment, Inc. is in negotiations with the New Orleans Saints to become the naming rights sponsor of the Superdome.

If the deal with Caesars is completed it would mark a first in the NFL, becoming the first gaming-related sponsor of a stadium.

Back in March, Saints Vice President Greg Bensel said "noting is official, as nothing is signed."

The Athletic broke the news about the potential historic agreement and reports the deal would be for 20 years and pay the Saints $10 million annually for the naming rights.

Bensel issued the following statement regarding the signage being removed:

"Contractually, our partnership with Mercedes-Benz officially ends today, July 15, 2021. They have been an excellent global partner not only for the Superdome and the New Orleans Saints but also for the City of New Orleans and State of Louisiana for the last ten year.

"We could not be more proud of our relationship with Mercedes-Benz. In fact, Mercedes-Benz and The New Orleans Saints will continue to be proud partners moving forward.

"We continue to work towards securing a naming rights partner to replace Mercedes-Benz and once we have something official we will certainty confirm that with you."