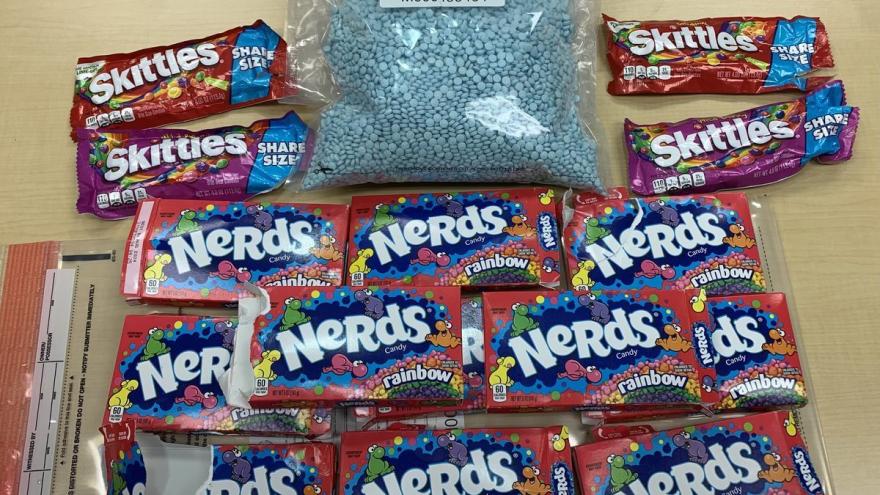 United States Attorney for the District of Connecticut/WFSB

Oscar Flores, 34, of Mount Rainier, MD, and 25-year-old Severo Alelar of Hyattsville, MD, were indicted by a federal grand jury in Hartford, according to the U.S. State’s Attorney for the District of Connecticut.

According to court documents and statements made in court, on Sept. 8, 2022, Flores, Alelar and others arrived in an SUV at a meeting location in Wethersfield to sell approximately 15,000 fentanyl pills to an undercover DEA agent. After Flores showed the undercover agent a sample on the fentanyl pills, the agent indicated that he needed to travel to another location to pick up the money. Flores, Alelar and the others followed the undercover agent’s vehicle as they traveled south into Rocky Hill.

When a Rocky Hill police officer attempted to stop the SUV for a traffic violation, the driver of it sped and ran over a roadside curb onto a grass area along the side of the road where law enforcement vehicles boxed it in. Investigators searched the SUV and found numerous Nerds candy boxes and Skittles candy bags containing thousands of fentanyl pills.

“Trafficking fentanyl is already and undoubtedly a serious offense, but one doesn’t have to stretch their imagination too far to consider how disguising fentanyl pills in children’s candy packaging, as we allege, can result in even more tragic consequences in the community,” said U.S. Attorney Vanessa Roberts Avery. “I thank the DEA Task Force members for their work in this investigation and for taking this substantial quantity of fentanyl off the street.”

“Fentanyl is causing deaths in record numbers and DEA’s top priority is to aggressively pursue anyone who distributes this poison in order to profit and destroy people’s lives,” said DEA Special Agent in Charge Brian Boyle. “Illegal drug distribution ravages the very foundations of our families and communities so every time we take pills containing fentanyl off the streets, lives are undoubtedly saved. This investigation demonstrates the strength of collaborative local, county and state law enforcement efforts in Connecticut and our strong partnership with the U.S. Attorney’s Offices.”

Flores and Alelar have been detained since Sept. 8.