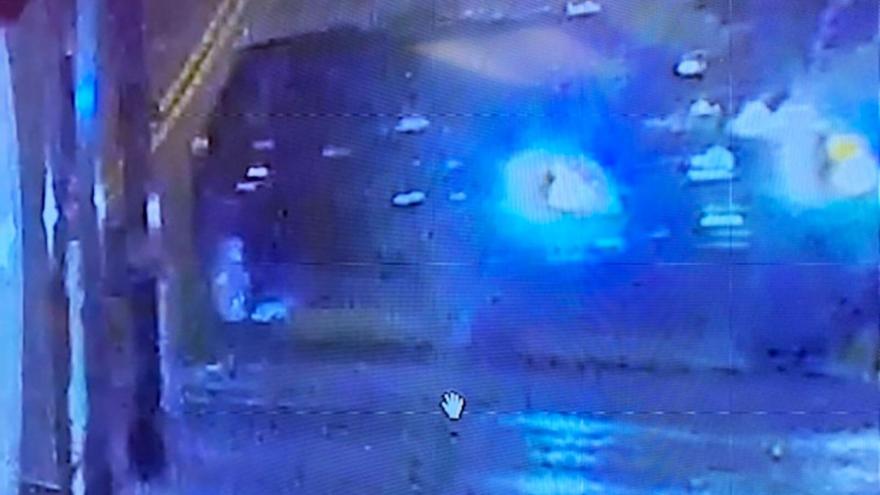 Memphis police released a photo of this mid-size dark SUV they said was used in the abduction of teacher Eliza "Liza" Fletcher.

(CNN) -- Memphis police are searching for a schoolteacher they say was abducted while she was out on a jog Friday morning.

Eliza "Liza" Fletcher, 34, was jogging around 4:30 a.m. when an unidentified person approached her, police said. She was forced into a mid-sized dark SUV and taken from the scene, police said. The "vehicle of interest" in the abduction was found Saturday, according to police.

"The vehicle of interest has been located and a male who was occupying the vehicle has been detained," Memphis Police announced on Twitter. "Eliza Fletcher has not been located."

Police did not immediately say whether the person who was detained is believed to be involved in the abduction or whether he will face charges.

Photos released by police show Fletcher running in the neighborhood near the University of Memphis. She was last seen wearing a pink jogging top and purple running shorts, the police said in an alert.

The teacher's damaged phone was found near the scene where she is believed to have been abducted, CrimeStoppers Executive Director Buddy Chapman said, according to a news release obtained by CNN affiliate WHBQ.

Now, the family of the mother of two is offering a $50,000 reward through CrimeStoppers for information leading to to an arrest in the case, WHBQ reported.

"We look forward to Eliza's safe return and hope that this award will help police capture those who committed this crime," her family said in a statement shared by Chapman.

The Tennessee Bureau of Investigation said in a tweet it is also assisting Memphis police in the investigation into Fletcher's disappearance.