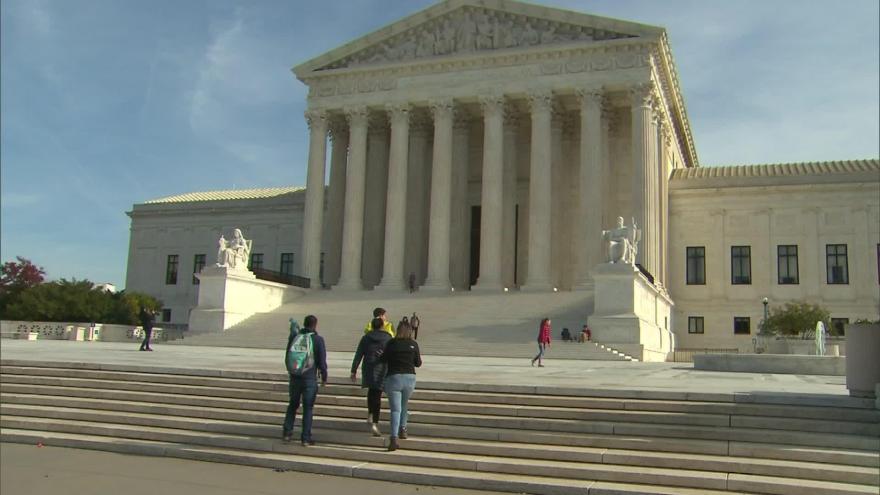 More than 200 members of Congress are urging the Supreme Court to reconsider -- if not overrule -- the landmark 1973 Roe v. Wade decision, which legalized abortion nationwide.

(CNN) -- More than 200 members of Congress are urging the Supreme Court to reconsider -- if not overrule -- the landmark 1973 Roe v. Wade decision, which legalized abortion nationwide.

Thirty-nine Republican senators and 168 members of the House of Representatives, almost all of them Republicans, signed a so-called "friend of the court" brief filed on Thursday by the national anti-abortion group Americans United for Life in connection with a challenge to a Louisiana abortion access law due to be heard in March.

The signers include Sens. Ted Cruz of Texas, Chuck Grassley of Iowa, Mike Lee and Mitt Romney of Utah, and Tim Scott of South Carolina as well as Reps. Steve Scalise of Louisiana, Liz Cheney of Wyoming and Steve Chabot of Ohio.

At least two Democrats -- Reps. Collin Peterson of Minnesota and Dan Lipinski of Illinois -- are among the lawmakers who signed.

The brief argues that "Roe's jurisprudence has been haphazard from the beginning."

The decision "remains a radically unsettled precedent" that "has been substantially undermined by subsequent authority," the group continues, adding that court rulings since Roe "clearly did not settle the abortion issue." The group urges the justices to "reconsider those precedents."

The Louisiana case before the court does not directly target Roe. The law at issue requires a doctor to have admitting privileges at a hospital within 30 miles of the facility where the abortion is performed, which critics say is not medically justified.

The Louisiana challenge is the first abortion-related case that will be heard since Justices Brett Kavanaugh and Neil Gorsuch took the bench. Supporters of reproductive freedom fear that the case will present the justices with a chance to chip away at abortion rights.

"The brief is no surprise because anti-abortion politicians have always either taken direct aim at Roe v. Wade or attempted to push abortion access out of reach," said Brigitte Amiri, a lawyer at the American Civil Liberties Union. "Notably, this brief goes further than what the state of Louisiana has pushed by suggesting that Roe should be reconsidered even though the questions in the case don't directly raise whether Roe v. Wade should be overturned."

Americans United for Life filed two "friend of the court" briefs in the case -- one on the group's own behalf and another on behalf of the members of Congress.

The group's government affairs counsel Katie Glenn said that "there is no expectation that this case will overturn Roe v. Wade."

"However, the court has the opportunity to reconsider the cases that have come before this case and in particular related to the workability of Roe and other precedents," she added.

Glenn said that Scalise, Rep. Mike Johnson of Louisiana and Sens. John Kennedy of Louisiana and Marsha Blackburn of Tennessee were the brief's lead signers and that their offices contributed to the brief. The group sent drafts of the brief to more than 250 offices that the group thought might be interested, she added.

A spokesman for Senate Majority Leader Mitch McConnell, who did not sign on to the brief, declined to answer questions about why but told CNN that the Kentucky Republican supports it.

"Senator McConnell is proud of his pro-life record and strongly supports the amicus brief filed by his colleagues," said spokesman David Popp.