Melania Trump statue in Slovenia removed after being set on fire 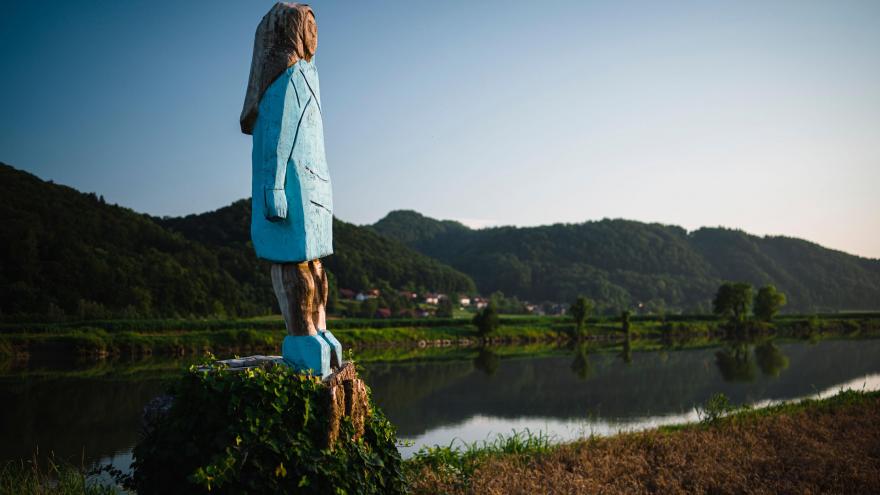 (CNN) -- A statue of Melania Trump has been removed from near her hometown in Slovenia after being badly burned by vandals.

Brad Downey, the artist who commissioned the piece, told CNN Thursday that he received a call from the local police department asking him what to do with the statue, which was made in July 2019 as part of an ongoing project that includes a short documentary film.

The statue was removed on July 5, and Downey said he asked locals not to distribute photos of the scorched figure so it did not become a "violent meme."

Downey has filed a police report but said he is only interested in finding the attackers, not pressing charges against them.

"I would be curious to see who did it," he told CNN. "Someone doesn't like what it represents or how it looks," said Downey, who believes that the timing of the attack -- on the weekend of US Independence Day -- means it was not a random "drunken act." 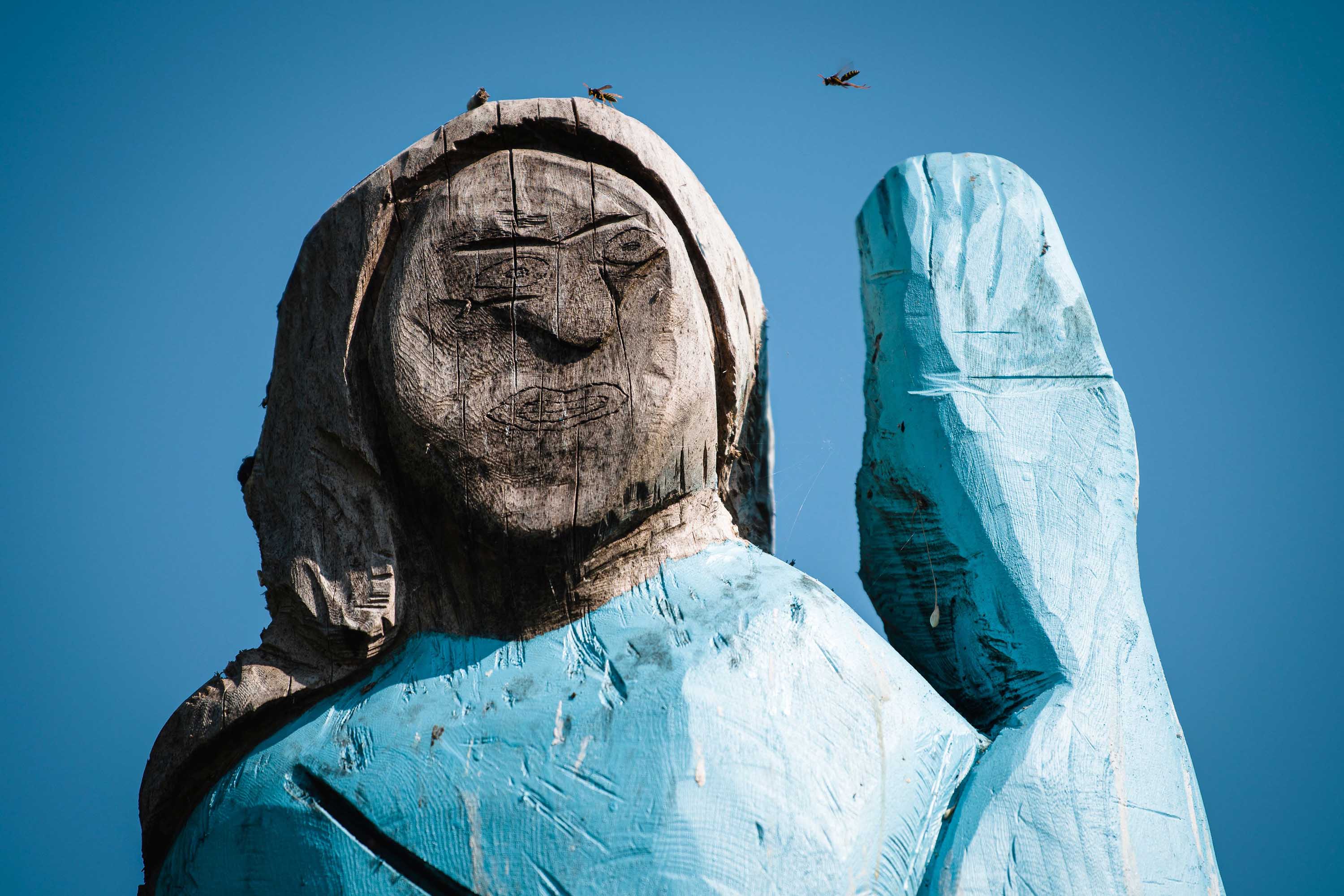 Slovenian Police told CNN in a statement that it was considering the case as "damage to property which is a criminal offense."

Downey previously told CNN that he was inspired to create the piece due to what he called the "anti-immigration narrative" coming out of the US and from Donald Trump in particular.

He said it was a "contradiction" that the US President, who has made halting immigration a cornerstone of his presidency, is married to an immigrant whose first language is not English.

Downey commissioned a local conceptual artist named Ales Zupevc, better known as Maxi, who was born in the same hospital and the same year as the first lady, to carve the statue from a tree using a chainsaw.

Although media reports said the statue had divided public opinion, locals like the project and have looked after the statue and the surrounding area, said Downey.

"They've been nothing but supportive," he said. "They were really proud of this thing."

"I'll probably try to do something in that location," he said, adding that the "deeply burned" original statue is now in storage.

Downey also released a book -- "Slapstick Formalism" -- last month and is preparing for a new exhibition in Slovenia in September.

Sevnica is a sleepy town of 5,000 that has profited from its most famous daughter, placing itself firmly on the tourist trail and selling a range of Melania-themed products including honey, chocolate and cake.

This article has been updated to correct the date the statue was vandalized.