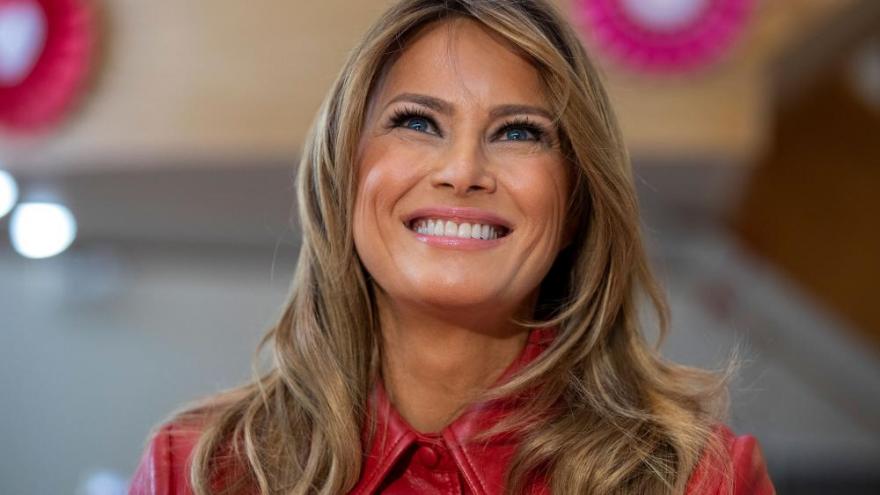 Former first lady Melania Trump, pictured here, on February 14, 2020 in Bethesda, Maryland announced that she is selling an NFT, or a non-fungible token, titled "Melania's Vision" her first public endeavor since leaving office almost one year ago.

(CNN) -- Melania Trump is getting in on the latest crypto craze -- NFTs.

The former first lady announced Thursday that she is selling an NFT, or a non-fungible token, titled "Melania's Vision" -- her first public endeavor since leaving office almost one year ago.

The NFT is the first digital art to be sold on her newly launched platform, which will release NFTs regularly and is powered by Parler.

"I am proud to announce my new NFT endeavor, which embodies my passion for the arts, and will support my ongoing commitment to children through my Be Best initiative," Trump said in a statement. "Through this new technology-based platform, we will provide children computer science skills, including programming and software development, to thrive after they age out of the foster community."

A portion of the proceeds will "assist children aging out of the foster care system by way of economic empowerment and with expanded access to resources needed to excel in the fields of computer science and technology," according to a press release from Trump's office.

CNN has reached out to Trump's office for more information and comment.

The NFT is a "watercolor" by Marc-Antoine Coulon that includes an audio recording of Trump, according to a press release from her office. The former first lady's digital art will cost approximately $150 and will be available to purchase between December 16 and December 31, 2021.

Non-fungible tokens, or NFTs, are unique pieces of digital content linked to the blockchain, the digital database underpinning cryptocurrencies such as bitcoin and ethereum. NFTs have attracted the interest of big brands, athletes, musicians and celebrities, and some NFT versions of digital images have sold for tens of thousands of dollars.

A notoriously private first lady, Trump has laid low since she and former President Donald Trump left the White House. While her husband weighs his political future, Melania Trump has retreated further from the spotlight and has rarely been seen publicly.