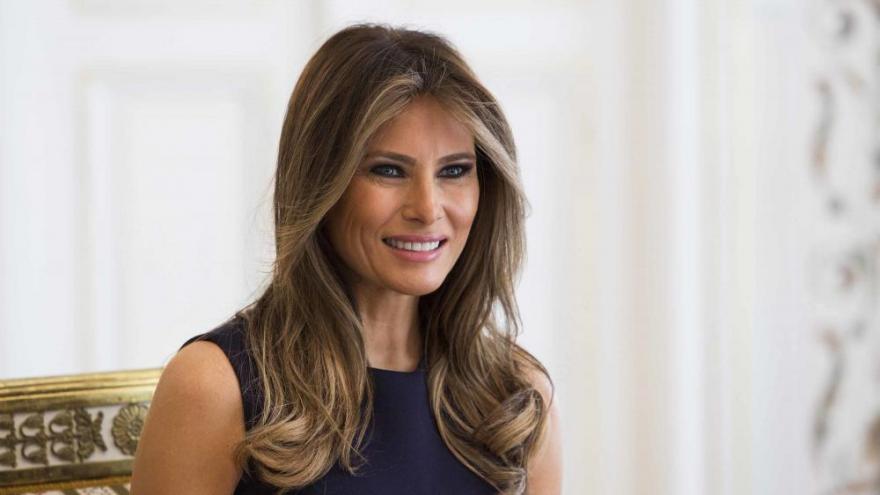 (CNN) -- First lady Melania Trump on Monday announced she would be launching an artwork-focused project for children to celebrate the 100th anniversary of women's right to vote.

The 19th Amendment, which granted women the right to vote, was adopted on August 18, 1920.

The "Building the Movement: America's Youth Celebrate 100 Years of Women's Suffrage" initiative will solicit drawings from children between grades 3 and 12 depicting imagery related to the suffrage movement and culminate in a White House art exhibit opening later this summer, according to a news release.

"For decades, women leaders lobbied, marched, and protested for equality and their right to vote in the United States," Trump said in a statement.

Using the suffragette movement as an example, the first lady emphasized the need for peaceful protests, as well as conversations about equality.

Trump has via social media publicly recognized the ongoing turmoil and discussions about racial disparity in the wake of the killing of George Floyd. At times, her tweets encouraging "peace" and "healing" have frustrated the West Wing, where President Donald Trump's messaging has been more combative and centered on "law and order."

"It is my hope that this project will both support and expand the important conversations taking place on equality and the impact of peaceful protests, while encouraging children to engage in the history behind this consequential movement in their own home states," said Trump in her statement.

Historically, first ladies have been voices of empathy or compassion during times of upheaval in the United States, whether to shore up support after a national tragedy.

Going back as far as 1964, at the peak of America's civil rights movement, first lady Lady Bird Johnson used her platform to take a solo train tour of eight Southern states, previously never done by a first lady before, to make speeches and hold conversations about the tenuous relationship in the region after desegregation.

Johnson, who was from the south, took it upon herself to make the trip, despite protestations from the United States Secret Service about the dangers of protesters, possibly even bomb threats. It was a seminal moment for a first lady in terms of speaking out, alone, on an ongoing issue affecting not only politics, but the broader state of humanity.

Trump's youth art project will ultimately include one piece of selected work by a student from each of the 50 states and US territories on display at the White House.