Meghan McCain announces that she is leaving 'The View' 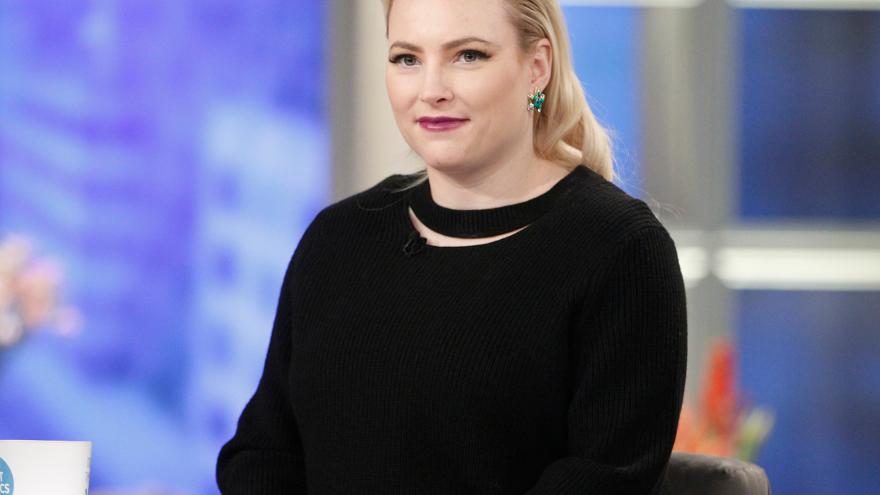 (CNN) -- Meghan McCain, the conservative personality who repeatedly ignited controversy and clashed with her colleagues on and off set, announced Thursday that she will leave her role as a co-host on ABC's "The View."

"I'm just going to rip the bandaid off," McCain said at the top of the show. "I am here to tell all of you, my wonderful cohorts and viewers at home: This is going to be my last season here at 'The View.'"

McCain said it was "not an easy decision" and that she will be with "The View" until its current season ends at the end of the month.

"On a professional note, this show is one of the hands-down greatest most exhilarating most wonderful privileges of my entire life," McCain said.

After announcing her decision, McCain's co-hosts praised her. Whoopi Goldberg said it had been "wonderful" to have her as a colleague on the show. Joy Behar, who McCain repeatedly battled with on the program, said she was a "formidable opponent" and "no snowflake."

McCain indicated that her decision was motivated by her desire to remain in Washington, DC, area near family after giving birth to a daughter in late 2020.

CNN reported in the summer of 2019 that McCain, feeling dejected and sabotaged by her colleagues at ABC, was seriously thinking about departing the show.

That was according to two people familiar with the matter at the time. One of the people, who was a friend of McCain's, told CNN that McCain didn't "think it's worth it anymore."

A senior ABC employee who also spoke to CNN at the time also said McCain was "miserable" at the network.

McCain's conflicts with her hosts have gone viral on social media, generating numerous headlines in tabloids over the years.

In early 2020, former co-host Abby Huntsman left "The View" amid complaints about a troubled culture at the show and, in part, due to tension between her and McCain. McCain specifically mentioned Huntsman and their friendship Thursday.

As she announced her own departure, McCain took issue with the press' coverage of the show, saying that the co-hosts are covered with "deep misogyny."

McCain joined "The View" in 2017, replacing Jedediah Bila as the conservative voice on the program and quickly becoming a lightning rod.

In addition to McCain, "The View" was co-hosted this season by Behar, Sara Haines, Sunny Hostin and Whoopi Goldberg.

In a statement, ABC News praised McCain, saying she had "brought her fierce determination and vast political knowledge and experience" to the show.

"She recently came to us with her decision to depart the show at the end of this season, a difficult choice that she made for her and her family that we respect and understand," the statement addd. "We wish the best for Meghan as she plans her next chapter, and thank her for the passion and unique voice that she shared with us and our viewers each day."