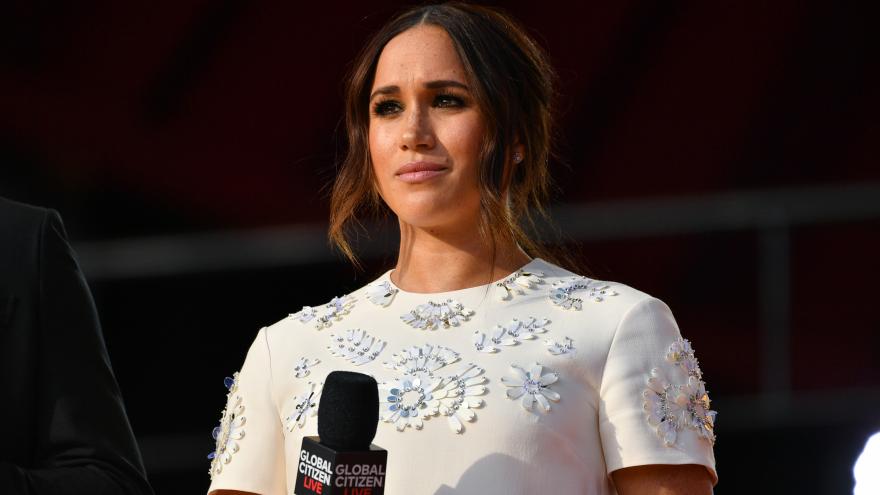 (CNN) -- Meghan, Duchess of Sussex, has apologized for misleading a UK court about whether she and Prince Harry had provided information to the authors of an unauthorized biography about the couple, reports the UK's PA Media press agency.

The Sussexes have previously repeatedly denied collaborating with Omid Scobie and Carolyn Durand on their book "Finding Freedom," but Meghan apologized in a witness statement made public on Wednesday after a former aide told the court he did provide information to the authors.

The duchess' apology came as part of her litigation against Associated Newspapers Limited (ANL), publisher of the UK's The Mail on Sunday newspaper, which reproduced parts of a private letter she sent to her father Thomas Markle in August 2018.

In February Meghan won her privacy claim against publisher ANL, and the judge ruled "the disclosures were manifestly excessive and hence unlawful," and that there would be "no prospect that a different judgment would be reached after a trial."

However, ANL is challenging the ruling and says that a trial should take place, reports PA.

In his own witness statement, Meghan and Harry's former communications secretary Jason Knauf said the book was "discussed on a routine basis" and "discussed directly with the duchess multiple times in person and over email," according to PA.

Knauf said Meghan had provided several points to share with the authors during a potential meeting, which he also discussed with Harry via email.

The former aide said Harry told him: "I totally agree that we have to be able to say we didn't have anything to do with it," in the email, PA reports. "Equally, you giving the right context and background to them would help get some truths out there."

In her own witness statement Meghan apologized for misleading the court about Knauf's contact with Scobie and Durand.

"I accept that Mr Knauf did provide some information to the authors for the book and that he did so with my knowledge, for a meeting that he planned for with the authors in his capacity as communications secretary. The extent of the information he shared is unknown to me," she said, according to PA.

"When I approved the passage... I did not have the benefit of seeing these emails and I apologize to the court for the fact that I had not remembered these exchanges at the time. I had absolutely no wish or intention to mislead the defendant or the court."

Meghan also said she was not aware of the emails between her and Knauf at the time of her previous statement because the litigation had not reached the disclosure stage, and her lawyers asked to adjourn the trial due to her pregnancy.

"I was in the first trimester of my third pregnancy at the time, having suffered a miscarriage a few months prior, and was feeling very unwell," said Meghan.