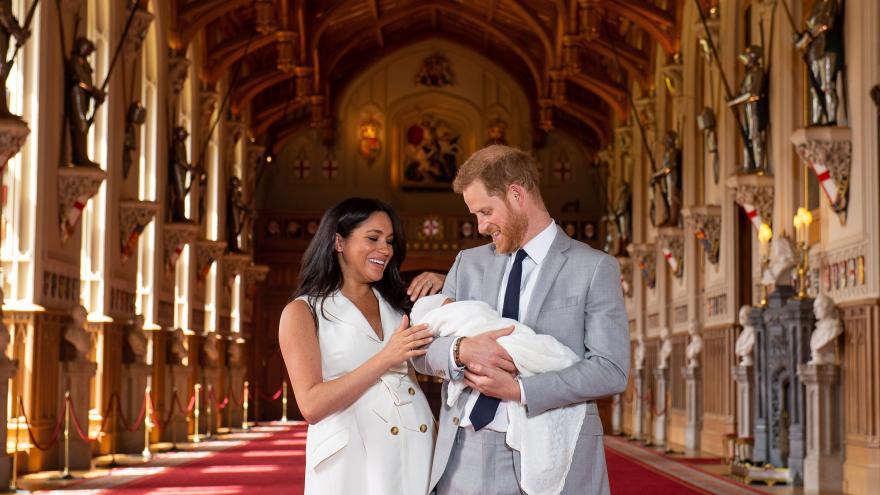 (CNN) -- The world finally has its first glimpse of Prince Harry and Meghan's newborn son.

The Duke and Duchess of Sussex appeared in front of selected media behind closed doors on Wednesday, cradling their first child, who was was born at 5:26 a.m. Monday morning, weighing 7lbs 3oz. 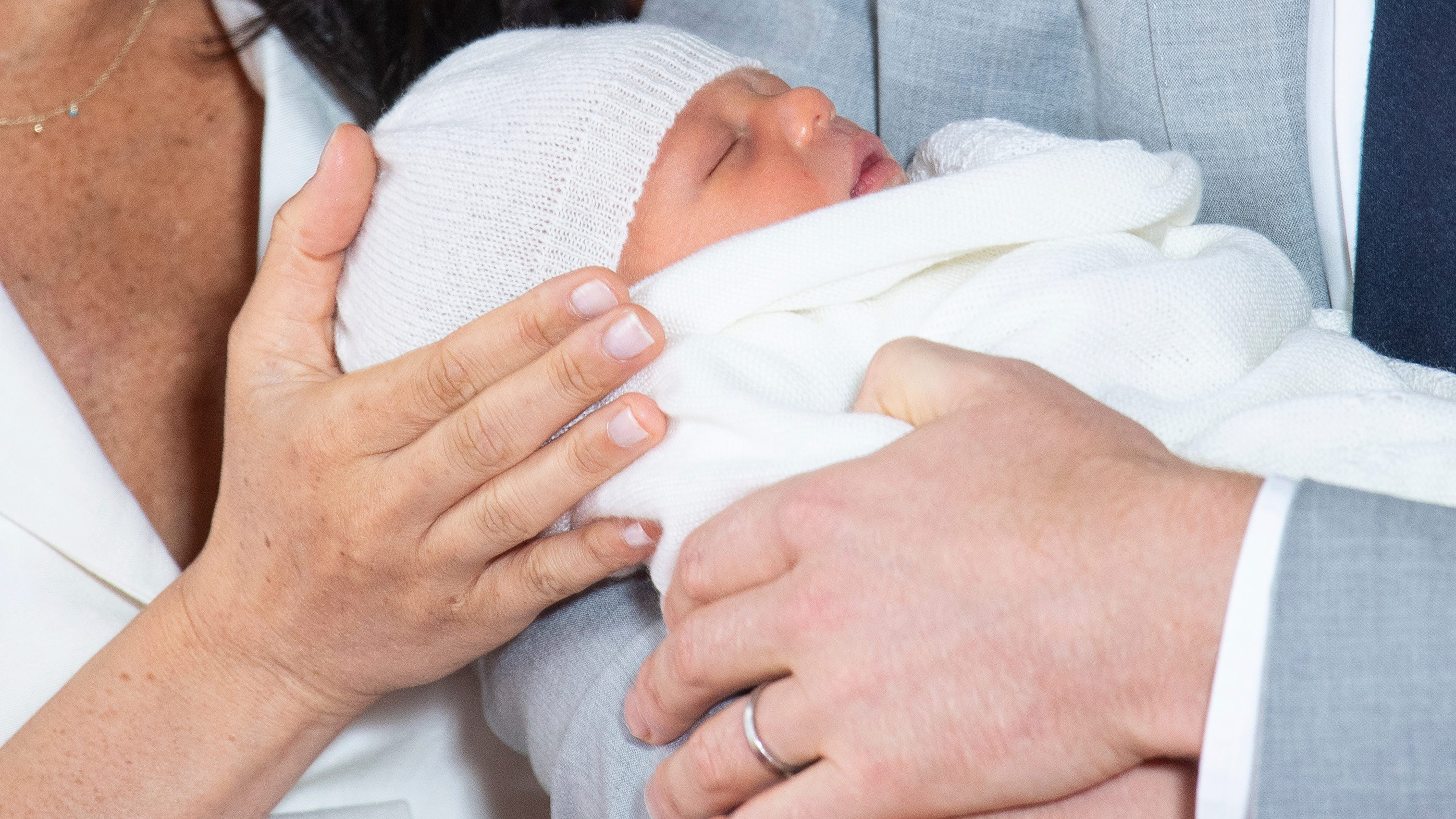 Queen Elizabeth II was expected to meet her new great-grandchild and his parents on Wednesday, a source familiar with the plans said. The source asked not to be named discussing the family's private lives.

Meghan has taken a different approach to Prince William's wife Catherine, the Duchess of Cambridge, who walked into the media spotlight with her newborns in her arms, hours after giving birth at a hospital in central London.

The palace would not confirm on Monday where the baby was delivered but said Harry had been by his wife's side. The child, whose name has not yet been revealed, is seventh in line to the throne behind Prince Charles, Prince William and his three children, and Prince Harry.

The couple ultimately kept the details of the pregnancy under wraps after announcing they were expecting a baby last October, in line with their repeated requests for privacy since they began dating years ago.

An emotional Prince Harry addressed the press outside Windsor Castle after Meghan gave birth and said that he was "over the moon" and "incredibly proud" of Meghan.

"How any woman does what they do is beyond comprehension, but we're both absolutely thrilled and so grateful for all the love and support from everybody out there," Harry gushed.

In a significant milestone both across the Commonwealth and within British society, the newborn has made history by becoming the first biracial British child in the royal family. It's not the first trailblazing moment for the new royal couple, following their wedding ceremony last May that seemed to make a statement at every turn.

In a striking image, the outspoken American divorcée walked unescorted down the aisle followed by her 10 bridesmaids and page boys. The couple then listened to the stirring, soulful address by Bishop Michael Curry, the first African-American head of the Episcopal Church in the United States.

His impassioned speech was then followed by a performance of the Ben E. King classic "Stand by Me" by The Kingdom Choir, a group of 20 gospel singers.

The couple also announced the royal baby was a boy on their official Instagram page, hours before the ceremonial easel was placed at the forecourt of Buckingham Palace in London.

The bulletin read that Queen Elizabeth II and the Royal Family were "delighted at the news that Her Royal Highness The Duchess of Sussex was safely delivered of a son."