Megan Thee Stallion and Fashion Nova give $100K to Breonna Taylor foundation, saying 'justice has still not been served' 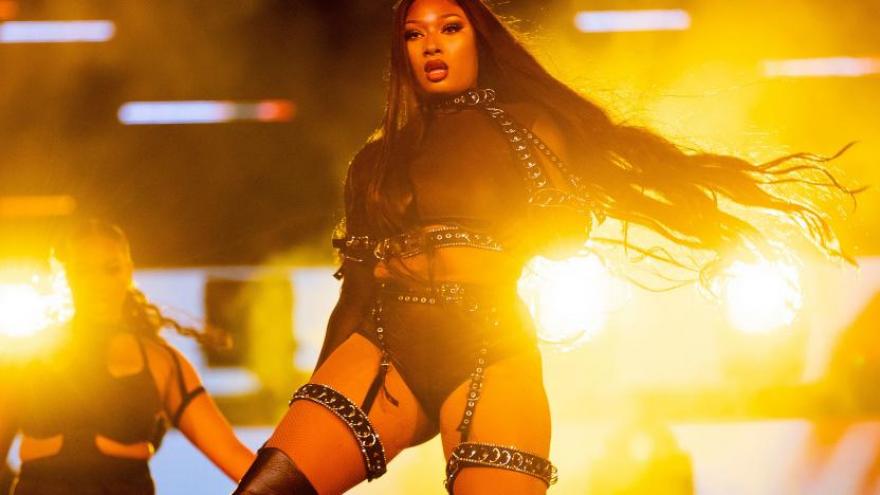 (CNN) -- Megan Thee Stallion partnered with apparel retail company Fashion Nova to donate $100,000 to the Breonna Taylor Foundation on the first anniversary of her death.

The rapper showcased her initiative on Instagram, saying the core mission of the foundation is to support economic, social and racial justice through police reform.

"A year ago today Breonna Taylor was tragically taken from her family and friends. Breonna's name continues to be a catalyst for change and a powerful reminder that justice has still not been served," she said. "Fashion Nova and I are proud to give $100,000 to the @breonnataylorfoundation created by @tamikalpalmer to honor the memory of her daughter."

Taylor was 26 when she was fatally shot in a botched police raid on her apartment on March 13, 2020.

The details of her killing led to protests across the nation demanding the officers involved in the shooting be held accountable, and her case became part of a larger racial reckoning movement that intensified after George Floyd, an unarmed Black man, died in police custody in May.

Cameron, the first African American to become Kentucky's attorney general, did not recommend murder charges against two of the officers involved in Taylor's shooting. He said the two officers "were justified in their acts and their conduct" because they were defending themselves.

Taylor's mother, Tamika Palmer, continues to champion racial justice and created the foundation in honor of her daughter.

"The foundation also seeks to help young people to realize their full potential, empowering them to participate in political processes and achieve better health, with mentorship programs for high-school girls, after-school initiatives, and educational support," Fashion Nova wrote on Facebook.