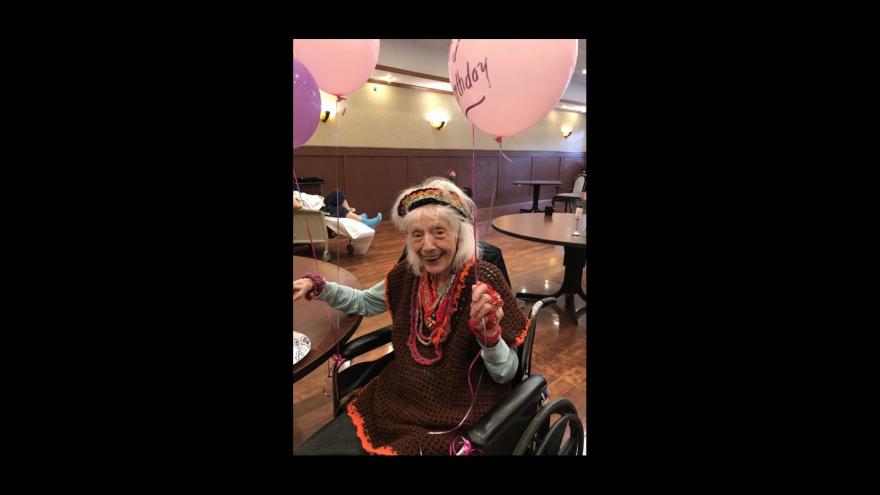 An administrator at the Mohegan Lake, New York, nursing home where Friedman lives said Friedman is back to her old self and celebrating life as if nothing ever happened.

"It also just goes to show how much the world needs hope that you can beat this at 101," Amy Elba told CNN.

"She and my dad had cancer at the same time. She survived. He didn't," she said.

In 1918, Angelina Sciales (now Friedman) was born on a ship that was transporting immigrants from Italy to New York City. It was in the midst of the 1918 pandemic. It's not believed that the baby contracted the disease.

Her mother died giving birth, and her two sisters helped her survive until they could reunite with their father in New York, where they lived in Brooklyn, Merola told WPIX.

One of 11 children, Friedman is the last surviving.

"She is not human," Merola said. "She has superhuman DNA."

Now a resident of the North Westchester Restorative Therapy & Nursing Center, Friedman battled yet another pandemic.

"She had gone out to the hospital for a procedure and when she returned she had tested positive," Elba told CNN.

Merola told the affiliate her mother isolated in her room and ran a fever on and off for several weeks as she battled the coronavirus until April 20, when she tested negative.

Nurses called Merola and said Friedman was doing great. She was eating again and looking for yarn to crochet with, they told her.

"She is a mover and a shaker," Elba said. "She's a big knitter and she makes all kinds of things and gives them away to visitors."

The staff threw a big birthday party for Friedman's 101st birthday, and last year she was crowned prom queen.

Like many other facilities, Elba said, they have set up alternative means for patients to remain in contact with their families.

Due to a back injury, Merola hasn't been able to visit her mother since February, but she doesn't live far from home. Because her mother is nearly deaf, they can't speak on the phone.

As prom season approaches, Elba said that although the schools might not get a dance, Friedman is certainly going to have hers -- and hopes she will be named prom queen for the second year in a row.