Medication abortion now makes up the majority of US abortions, study shows, as states push to restrict it 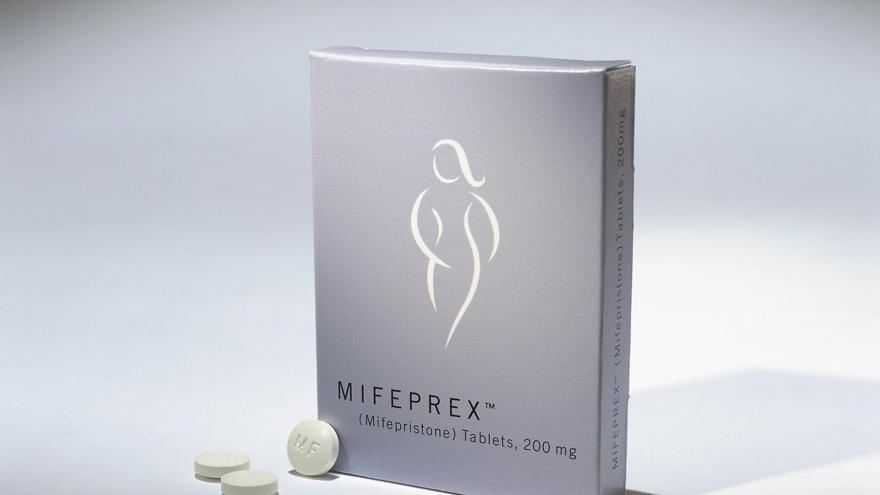 The abortion pill known as RU-486, seen here as Mifeprex.

(CNN) -- More than half of US abortions in 2020 were conducted using medication, according to new data assembled by a reproductive rights think tank that marked a notable inflection point in the method's growing popularity amid new efforts to limit access to the pills.

Use of medication abortion, in which patients use a two-pill regime to end their pregnancies, has been increasing steadily since the method was approved in 2000. However, the Covid-19 pandemic -- and how it made patients more comfortable with telehealth while a facilitating a loosening of federal regulations around the pills' use -- may have increased the method's prevalence.

As medication abortion has become more popular, however, Republican-controlled states have become more aggressive about imposing their own limits on access.

"We're seeing two major trends in 2022. One is around abortion bans. And the other is around medication abortion," said Elizabeth Nash, senior state issues manager at the Guttmacher Institute, which collected the new data.

While some individual states may have crossed the 50% threshold in earlier years, the new report is the first time medication abortion has been shown to make up a majority of abortions nationwide, according to Guttmacher.

Federal regulations allow for medication abortion pills to be sent in the mail; prior to the pandemic, the federal government required patients to pick up the pills in person at a clinic, even if they would ultimately take the pills at home. In December, the US Food and Drug Administration announced it was permanently lifting that in-person requirement, after a 2020 court order prompted the agency to suspend it temporarily for the pandemic.

As the Supreme Court appears poised gut the national legal standard protecting abortion rights, permanently relaxing medication abortion rules was one of very few actions the federal government could take to shore up access to the procedure.

The FDA's move has already been counteracted by several Republican-led states, where bills targeting medication abortion use are becoming a focus of lawmakers. The measures have included state proposals that maintain the pills' in-person pick up requirement, adopt limits earlier in the pregnancy for when it can be prescribed, or bans on medication abortion altogether.

Since the beginning of 2022, lawmakers in 16 states have introduced bills restricting its use -- though some of those bills were introduced in Democratic-controlled states like Illinois and Washington, where they are unlikely to gain traction.

Nash noted that in 2021,Texas lawmakers passed a bill restricting use of medication abortion alongside a six-week abortion ban that the Supreme Court has allowed to remain in effect.

"I think that states are looking to mimic what Texas did," she said.