Medical services for migrants in CBP custody at risk of lapsing, watchdog finds 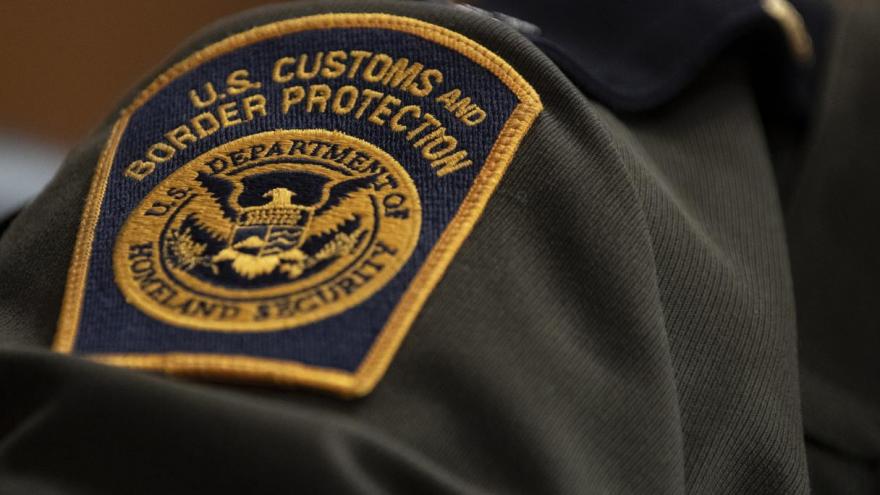 In this April 9, 2019, file photo, a US Customs and Border Protection patch is seen on the uniform of Rodolfo Karisch, Rio Grande Valley sector chief patrol agent for the Border Patrol, as he testifies during a Senate Homeland Security Committee hearing on migration on the southern US border.

(CNN) -- Medical services for migrants in Customs and Border Protection custody are at risk of lapsing unless the agency acts quickly to secure a new medical contract for the southwest border, according to a Department of Homeland Security inspector general alert.

The current contract for medical services will expire on September 29, leaving fewer than 30 days for the agency to take the necessary steps to ensure there isn't a lapse in medical services.

"A lapse in this contract could jeopardize the health and safety of migrants in CBP custody, as well as that of U.S. Border Patrol agents, CBP officers, and staff, especially during the current pandemic," the IG wrote. As of Thursday, CBP had not issued a solicitation for a new contract.

The watchdog issued its warning as a "management alert," which is reserved for urgent issues that require the immediate attention of agency leadership.

In response to the alert, CBP told the inspector general it plans to award a new two-year medical services contract on or about September 24.

Medical services for migrants, particularly for children, have been at the forefront during the Trump administration. Two children died in Border Patrol custody at the end of 2018 as the US was facing an increase in migrants arriving at the southern border. In the following months, the agency rushed to increase its medical capabilities for children and faced severe overcrowding in its facilities, which are designed for very short-term detention.

In response to the stark warning from the inspector general, CBP said the watchdog's concern was "misplaced," adding that pre-solicitation efforts are "well underway to ensure a timely FY 2020 award." The agency questioned why the inspector general would issue such an alert, "which in addition to being incorrect, is certain to cause unwarranted alarm and panic."

"CBP fully recognizes the critical need for medical services to continue uninterrupted, especially considering the COVID-19 pandemic that poses serious health and public safety risk to both migrants in CBP custody and to CBP personnel," Henry A. Moak Jr., CBP's senior component accountable official, wrote in the agency's response, which was included in the alert.

CBP has an agreement with Loyal Source Government Services to provide onsite medical services, which includes health interviews, medical evaluations, screening, triage, limited treatment and referrals to the local health system. The contract was initially awarded for migrants in the Rio Grande Valley area and was expanded in 2018 to additional locations. The current agreement expires on September 29.

Last year, the Department of Homeland Security recommended that CBP and its sister agencies, Immigration and Customs Enforcement and the Federal Emergency Management Agency, establish a joint contract for medical services to begin in fiscal year 2022. In the meantime, CBP was directed to award a short-term or "bridge" contract to provide medical services during this gap.

There were delays throughout the summer in soliciting the contract.

Border Patrol staff and a CBP contracting officer expressed concerns to the inspector general about the status and consequences of not having a medical contract, noting that "CBP could not risk deaths in custody again," according to the management alert.

If the contract is not secured, it could "jeopardize the health and safety of migrants in CBP custody, who may already be at higher risk of more severe illness from COVID-19," the IG wrote.

Although CBP officers and agents are required to monitor the health of migrants in custody, their training is limited, specifically when dealing with children, according to the watchdog.

CNN has reached out to CBP for additional comment.