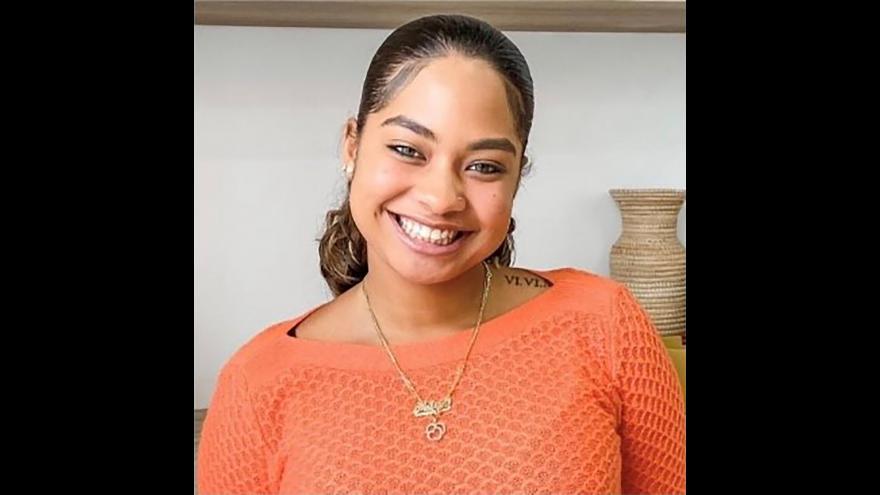 The Orange County Medical Examiner confirmed Tuesday that the body found in a wooded area near the Tymber Skan on the Lake apartment complex in Orlando on Saturday is in fact 19-year-old Miya Marcano.

(CNN) -- The Orange County, Florida, medical examiner confirmed Tuesday that the body found in a wooded area near the Tymber Skan on the Lake apartment complex in Orlando on Saturday is 19-year-old Miya Marcano.

"A positive identification of a female whose body was recovered in a wooded area on October 2, 2021 has been identified as Miya Marcano," Orange and Osceola Counties Chief Medical Examiner Dr. Joshua Stephany said in a statement.

"This case is currently under active law enforcement investigation and any further requests for information, including cause and manner of death, will be deferred to the Orange County Sheriff's Office."

Marcano had been missing since September 24, when she was last seen at the Arden Villas Luxury Apartments in Orlando where she lived and worked, according to the sheriff's office. She was scheduled for a flight that evening, but never made it on the plane.

Members of the Orange County sheriff's emergency response team found the body around 10:45 a.m. Saturday, Sheriff John Mina said, while searching a wooded area near the Tymber Skan on the Lake apartments, approximately 18 miles west of her home. A purse with her identification was located near the body, he said.

Cell phone records indicated Armando Manuel Caballero, a person of interest in the case who was found dead of an apparent suicide September 27, was "in or near" the apartments for about 20 minutes between 8 p.m. and 9 p.m. the evening Marcano was reported missing, according to the sheriff.

Mina said authorities were not "looking for any other people," adding that investigators believe Caballero was "responsible for this crime."

Authorities believe Caballero -- a maintenance worker at the Arden Villas apartments -- had accessed Marcano's apartment without her permission, Mina previously said. An arrest warrant had been issued for Caballero for burglary.

During the initial investigation, Caballero told detectives he had last seen Marcano at about 3 p.m. that day while working, according to Mina.

Caballero had shown a romantic interest in Marcano, Mina said, but was repeatedly rebuffed.

Mina said Wednesday there was no evidence that Marcano had been sexually assaulted.

The operator of the Arden Villas Luxury Apartments, The Preiss Company, said a background check was carried out on Caballero before he was hired, and "no records of either burglary or sexual assault were found during his background check, and reports to the contrary are not based on facts or any reports we have seen."

An attorney for the Marcano family questioned that statement.

"If they conducted an extensive background check, it definitely was not extensive enough," attorney Daryl Washington said at a news conference Tuesday.

Reached for comment, an executive with The Preiss Company referred CNN to a public relations firm, which did not immediately respond.