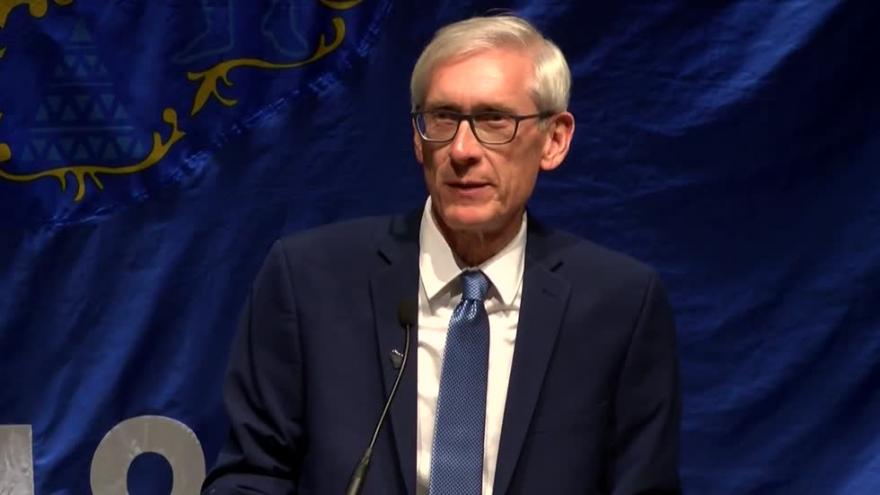 MADISON, Wis. (AP) — The battle over whether Wisconsin should accept federal money to expand Medicaid coverage for about 75,000 more poor people is shaping up to be an early flashpoint for Gov.-elect Tony Evers.

Evers last week pledged to take his case for expansion to voters across the state — focusing on conservative areas — hoping to increase pressure on Republicans who have vowed to oppose it. To strengthen his position, Evers plans to count on the roughly $180 million a year in his first state budget, forcing Republicans to find ways to replace it or cut an equal amount.

Exit polls showed health care was the top issue for voters who elected Evers over Republican Gov. Scott Walker, who long opposed taking the federal money to expand Medicaid. Both Evers and U.S. Sen. Tammy Baldwin made health care and their support for Medicaid expansion central to their winning campaigns.

"The politics of this are very bad for anyone who wants to stand in the way right now," said Robert Kraig, director of the health care advocacy group Citizen Action of Wisconsin. "Evers understands the public is with us."

Democratic state Rep. Jimmy Anderson, who was paralyzed after a car crash that killed his parents and younger brother, said Evers' statewide tour will increase pressure on Republicans.

"It's ultimately going to be whether Republicans think it's a priority to provide health care to Wisconsinites or not," Anderson said.

Wisconsin is in the minority of states in refusing to take the money. Walker rejected it in 2014 and instead did a partial Medicaid expansion. Thirty-five states have taken the money, and voters in three others approved the expansion in the November election.

Republicans show no sign of bending. They have controlled the Wisconsin Legislature the past eight years and will for at least two more.

"Not going to happen. No way. Never," Assembly Speaker Robin Vos told reporters in October. His spokeswoman said after the election that it was not a priority.

Republican lawmakers and Walker have been united against accepting the federal money, which has meant Wisconsin missed out on $1.1 billion since 2014, according to the nonpartisan Legislative Fiscal Bureau.

Vos has said his concern is that Medicaid doesn't currently all the costs incurred by the medical provider, so putting more people on the program will only increase the private sector cost to subsidize the program.

Republicans have also voiced concerns about the federal government not fulfilling its funding promise for Medicaid, leaving states to pick up a larger percentage of the costs.

This year the Legislature passed a reinsurance bill , signed by Walker, requiring legislative sign-off before the money can be taken, tying Evers' hands as he prepares to take office in January. That program is designed to lower premium costs for people buying insurance on the private marketplace. It takes effect in 2019.

The Affordable Care Act passed in 2010 and signed into law by then-President Barack Obama provided states with federal money to pay for expanding Medicaid coverage to all adults under the age of 65 in households with an income up to 138 percent of the poverty level, or $16,753 for a single person and $34,638 for a family of four.

That resulted in adding about 130,000 childless adults, while dropping about 63,000 adults who made too much to qualify.

Wisconsin's BadgerCare Plus Medicaid program covers about 773,000 people, about 300,000 of whom are non-disabled, non-elderly adults. Expanding eligibility to those earning up to 138 percent of the federal poverty level would increase enrollment by about 75,000 people.

Some Democrats want to go even farther and make BadgerCare available to anyone who wants to apply, regardless of income. The BadgerCare Public Option idea, championed by Citizen Action of Wisconsin, would allow people and businesses to purchase the state insurance at a much lower cost than other private insurance.

Evers said during the campaign that he would try to implement it by the end of his term, but may not propose it in his first budget.