McDonald's is returning the Egg McMuffin to its original price 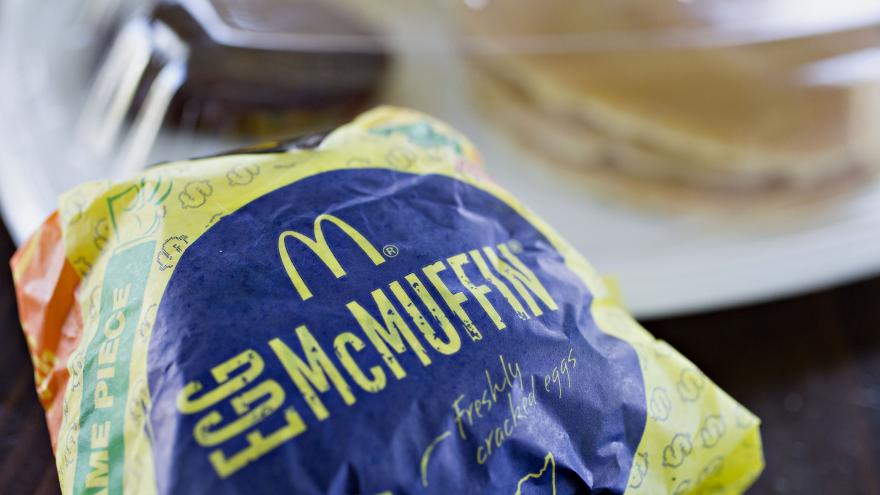 (CNN) -- McDonald's Egg McMuffin is turning 50 years old, and it's giving the breakfast sandwich a price to match.

On Thursday, McDonald's will sell the Egg McMuffin for its original price of 63 cents during breakfast hours (6 am to 10:30 am). The promotion will be offered exclusively on the McDonald's app as the restaurant looks to boost its nationwide rewards program.

To celebrate, the fast-food chain is sharing several popular "fan hacks" of the sandwich that make the Egg McMuffin "a little extra," McDonald's said in a statement. The company is encouraging customers to buy more food so they can customize the Egg McMuffin.

For example, McDonald's customers can make a "Sweet Chicken Sammie," by ordering a McChicken Biscuit and syrup to top their Egg McMuffin. Another idea is to ditch the muffins and replace them with two hash browns.

"The Egg McMuffin, the first-ever quick service restaurant breakfast sandwich, joined the McDonald's menu in 1971 in Santa Barbara, California, and customers have been getting creative with it ever since," said Molly McKenna, McDonald's senior director of brand communications, in the release.

The Egg McMuffin was created by California franchisee Herb Peterson in 1971, which compared the sandwiched to being eggs benedict on the go. McDonald's brought the sandwich nationwide in 1975 and it eventually became a cornerstone of its menu.

These hacks have become popular in recent years because of social media, mainly on TikTok. Other chains have started to including them on their menu, including at Dunkin' that once sold an iced coffee created by TikTok star Charli D'Amelio. Starbucks had a limited test last summer that let customers order two custom beverages through Facebook or Instagram.

For McDonald's, the promotion aims to remind people about its long-standing breakfast menu as competitors increase continue to innovate. Taco Bell gave out free breakfast burritos last month to announce that breakfast is back and Wendy's is spending $25 million to promote its popular breakfast menu.